Together by projecting the game inside a 360-degree, 4 metre high and 9 metre wide Igloo Vision video dome the players experience is made as visceral and immersive as possible. and ten infra-red motion tracking cameras continually monitor the players movements in real-time on the omni-directional treadmill. Watch a video of this awesome FPS game simulator in action after the jump. 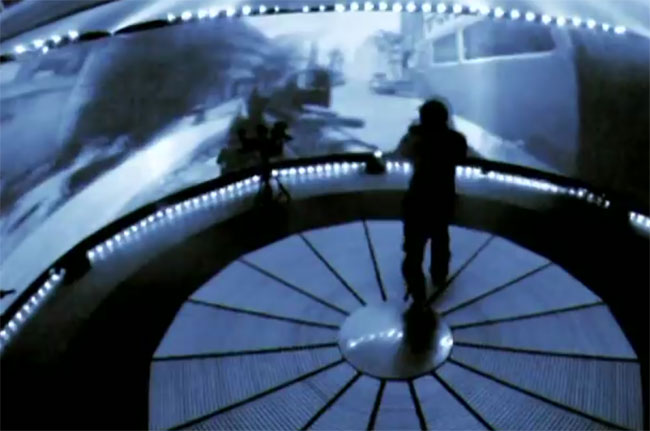 The same cameras also track the direction in which the gamer points their wireless gun, then using this information to rotate the 180-degree projected gaming image around the dome to keep the gamer immersed in the action at all times.

As you to control the movements of your Battlefield 3 character with your own body, 12 paintball markers allow you to feel any gunfire experienced within the game, and other equipment within the simulator including a wireless gun system, ambient LED lighting and a Xbox Kinect camera hack.