If you’re a comic book fan or just like the Avengers, a new geeky tie-in for the film has surfaced in the form of flash drives celebrating some of the Avengers characters. The drives each have 8 GB of storage space and are designed to celebrate the superheroes they represent. 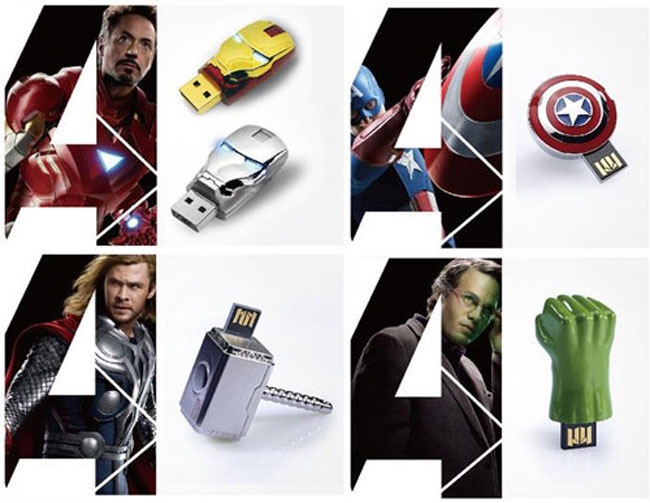 The Drives are apparently not going to be offered just yet in the US, but they are available in Taiwan, New Zealand, and Hong Kong. They also come in little Avengers boxes to celebrate the film. Pricing is unknown, but I would expect a premium for these flash drives.