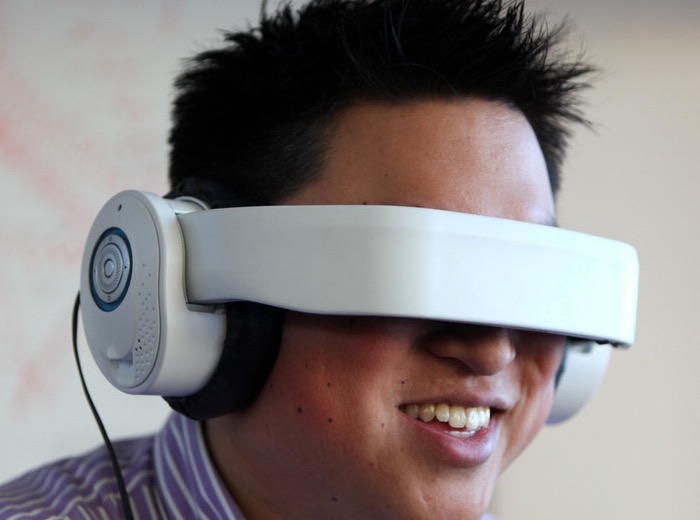 After a successful Kickstarter campaign that raised more than $1.5 million, Avegant this currently in the process of finalising the design for their Avegant Glyph visual display headset, that has been designed to provide an enhanced audio and visual experience for wearers.

As you can see from the image above the device looks similar to a pair of headphones that have slipped over the wearer’s eyes. However behind the band are a pair of displays offering WXGA 1280 x 720 resolution to each eye. 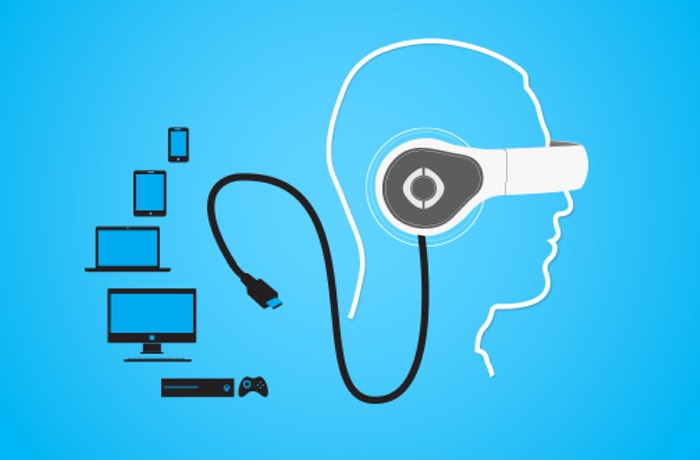 Features of the Avegant Glyph visual headset include a battery life that is capable of powering the headset for three hours whilst viewing videos, and up to 48 hours when listening to audio.

Together with both active and passive noise cancelling technology as well as a built-in microphone and connectivity that is possible both over a wired HDMI connection or TRRS audio cable.

The system is also equipped with head tracking optical sensors and can be recharged via the micro-USB connection. Watch the video below for an overview of the Glyph visual display to learn more about its features and specifications and possible uses.

“Those who pre-order a Glyph will get a lightweight, ergonomic device tuned for consumer use and with both support and a warranty. It’ll be identical to the consumer device on store shelves — only delivered far before we start fulfilling those orders. Be the first in your community to start your Glyph story.”