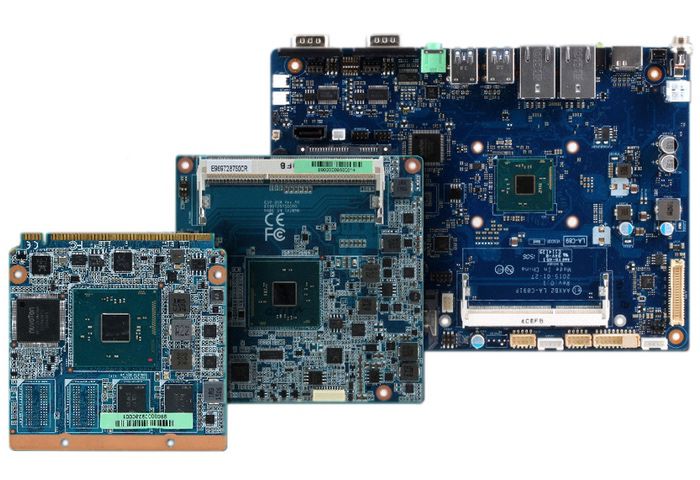 Avalue has this week added three new embedded boards that are based on the Intel Braswell 14nm SoCs in the form of the EQM-BSW Qseven computer-on-module, ESM-BSW COM Express module and EBM-BSW SBC.

According to Avalue the new Intel Braswell SoCs provide up to 16 percent better battery life, improved I/O support, and better performance at low thermals as well as twice the power when compared to Bay Trail-D Celerons.

EQM-BSW Qseven computer-on-module : The 70 x 70mm EQM-BSW COM conforms to the Qseven 2.0 standard, and supports all four Pentium and Celeron N3000 SoCs, as well as up to 8GB DDR3L-1600. You can load up 32GB eMMC flash, although the PR says 64GB, and dual displays are available via HDMI and LVDS interfaces.

All there embedded boards are now available to purchase, but prices have not yet been announced and Avalue would need to be contacted for further details. More information on the three new embedded boards can be found on Avalue’s website here : EQM-BSW, ESM-BSW, and EBM-BSW. Raspberry Pi enthusiasts may also be interested in our essential guide to Raspberry Pi displays and HATS.