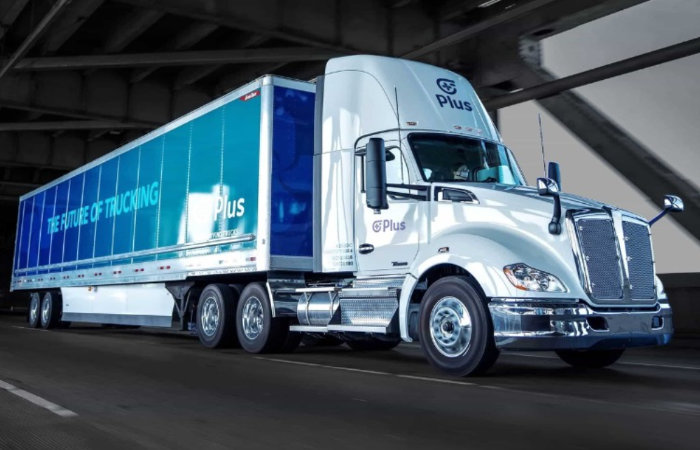 Amazon has entered a partnership with Plus the autonomous trucking platform, will see the creation of at least 1,000 autonomous trucks equipped with the NVIDIA Drive self-driving system. A Form 8-K SEC filing from Plus that Amazon has contracted to purchase Retrofit units for its delivery fleet in a deal worth up to $150 million.

NVIDIA explains that the latest generation PlusDrive autonomous trucking platform was developed for level 4 autonomous driving with a human driver still at the wheel, powered by a NVIDIA DRIVE Xavier system-on-a-chip at its core. This Xavier compute module enables the PlusDrive system to perform surround perception with an array of radar, lidar and camera sensors, running a variety of deep neural networks simultaneously and in real time. “Xavier is the first-ever production, automotive-grade SoC for autonomous capabilities. It incorporates six different types of processors, including a CPU, GPU, deep learning accelerator, programmable vision accelerator, image signal processor and stereo/optical flow accelerator.”

Forbes explains a little more about the deal Amazon has struck for its autonomous trucks :

“Amazon’s investments in both EVs and AVs over the past several years tell us it sees the technology as crucial to the future of its business. In addition to Aurora, Amazon has also invested in Lion Electric (an electric truck and school bus manufacturer), Rivian (an electric vehicle company) and Zoox (a company developing autonomous robotaxis). Suppose Amazon decides to go through with the purchase of 20% of Plus’s shares.

In that case, it will have even more significant, diversified stakes in the future of electric and autonomous vehicles, not to mention valuable technology it can use in its delivery and logistics network. Plus, meanwhile, will benefit from Amazon’s robust backing—especially if it becomes the partner of choice for Amazon’s self-driving heavy trucks. Everybody wins—the hallmark of a good deal. “