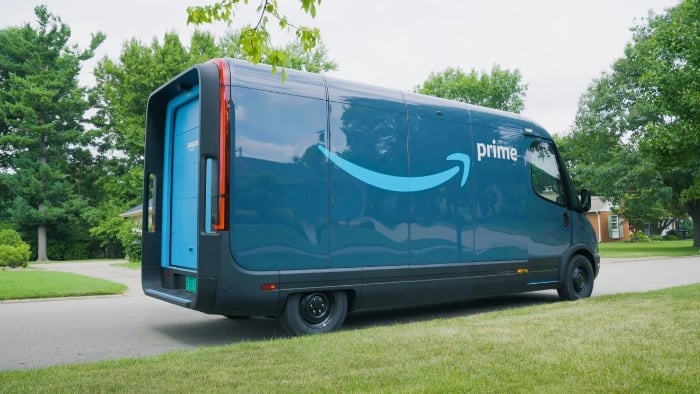 Amazon has announced that its new electric delivery vans from Rivian have launched in the US, the two companies are planning to use these vehicles in 100 US cities by the end of the year.

The vehicles are designed from the ground-up with safety, sustainability, and comfort in mind, and have been thoroughly tested by drivers across the country. They are the product of Amazon’s partnership with Rivian, which the companies announced in 2019 when Amazon co-founded, and became the first signatory of The Climate Pledge—a commitment to reach net-zero carbon across our operations by 2040. As part of the Pledge, Amazon is creating a more sustainable delivery fleet, and its work with Rivian is an important part of decarbonizing its last mile logistics as well as accelerating innovation that can help others reach net-zero carbon. With its commitment to have all 100,000 electric delivery vehicles on the road by 2030, Amazon will save millions of metric tons of carbon per year.

“Fighting the effects of climate change requires constant innovation and action, and Amazon is partnering with companies who share our passion for inventing new ways to minimize our impact on the environment. Rivian has been an excellent partner in that mission, and we’re excited to see our first custom electric delivery vehicles on the road,” said Andy Jassy, CEO of Amazon. “Today marks a significant milestone in our Climate Pledge commitment. Rivian was one of the first companies Amazon invested in through the Climate Pledge Fund, and we’re just getting started on our journey to have 100,000 of Rivian’s vehicles on the road by 2030. And, in addition to being sustainable, these new vehicles are also great for drivers—they were designed with driver input and feedback along the way, and they’re among the safest and most comfortable delivery vehicles on the road today.”

You can find out more information about the new Amazon and Rivian EV delivery vans over at Amazon at the link below.