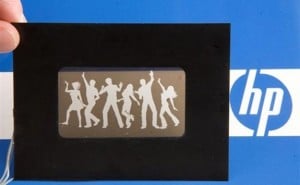 HP has launched a new range of electronic skins, called eSkins, which are designed to we used with a variety of gadgets, like mobile phones, MP3 players, digital cameras, netbooks etc. The HP eSkins is a reflective display that is capable of displaying icons and alpha numeric characters, which gives manufacturers new ways to personalize gadgets with an electronically … END_OF_DOCUMENT_TOKEN_TO_BE_REPLACED 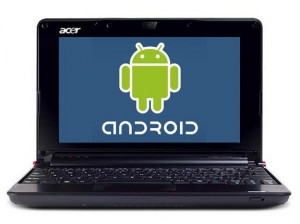 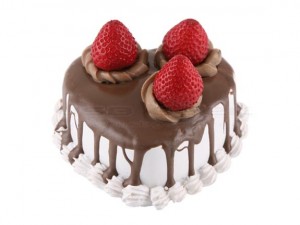 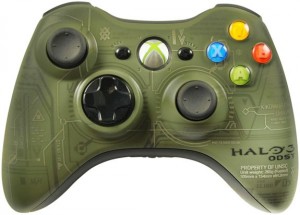 Microsoft has launched a new limited edition Xbox 360 controller, the Halo 3 ODST Xbox 360 Controller, it comes with the same functions as the existing controller This limited edition Halo 3 controller will now come with the $99 collectors edition of Halo 3, it certainly looks pretty cool from the photo. … END_OF_DOCUMENT_TOKEN_TO_BE_REPLACED 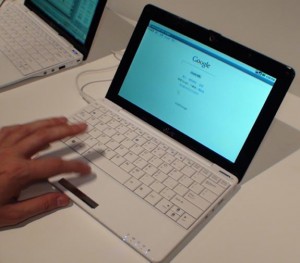 Asus has shown of a new Eee PC, which is running a version of Google Android, and is based on the Qualcomm Snapdragon platform. The Android Snapdragon Eee PC looks exactly like the Asus Eee PC Seashell, inside there is a 1GHZ Snapdragon processor, which means it doesn't need any cooling as the processor is passively cooled. … END_OF_DOCUMENT_TOKEN_TO_BE_REPLACED 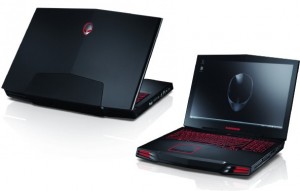 Details have been leaked of the latest gaming laptop from Alienware, the Alienware M17X Gaming Laptop which wasn't scheduled to be released for another four days. From the specifications, the Alienware M17X Gaming Laptop certainly looks like it is going to be a serious piece of kit, with dual 1GB NVIDIA GeForce GTX 280M GPU's and a Intel Core 2 Extreme quad-core processor. … END_OF_DOCUMENT_TOKEN_TO_BE_REPLACED 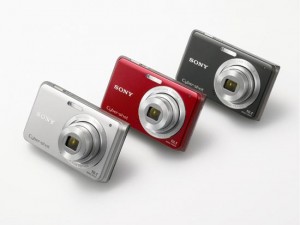 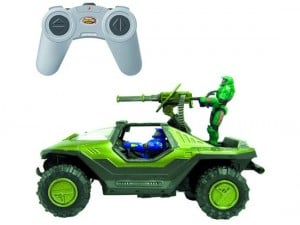 Here is something fun for all the Halo fans, you will finally be able to get your hand on a radio controlled version of some of the vehicles from the Halo series of games. These fun radio controlled toys come with an Xbox 360 styled controller remote, and some of the vehicles that will be available include a Warthog with 2 halo figures, a Mongoose with Master Chief and a … END_OF_DOCUMENT_TOKEN_TO_BE_REPLACED 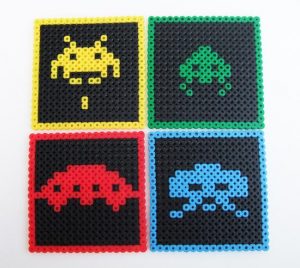 Here is another fun set of Space Invaders Coasters, these ones are made from perler beads, and feature three aliens and a UFO. These fun Space Invaders Coasters would look great in any geeks apartment, each one measures 3 1/2 by 3 1/2 inches and they come in a set of four funky coloured coasters. … END_OF_DOCUMENT_TOKEN_TO_BE_REPLACED 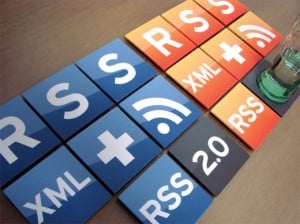 Here is a fun accessory which is bound to add some geek style to your geeky apartment, the RSS Coasters, these would look really cool in your home or office These fun RSS Coasters come in a set of 16 coasters, and they are made from MDF and wrapped in vinyl, and they are made by the same guys who brought us the fun iPhone icon coasters. … END_OF_DOCUMENT_TOKEN_TO_BE_REPLACED 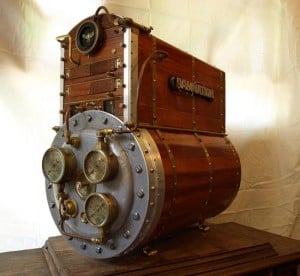 We are big fans of  anything to do with Steampunk here at geeky gadgets, especially Steampunk PCs, check out this amazing creation from artist Jake Hildebrandt, for the release of Damnation. This amazing PC is called the Telecalculograph Mk II, is actually being given away as part of a contest, all you have to do is create a video, or picture or some art to show your love of … END_OF_DOCUMENT_TOKEN_TO_BE_REPLACED 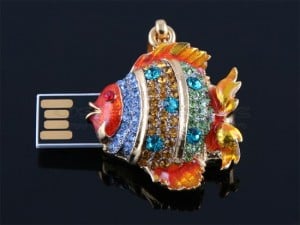