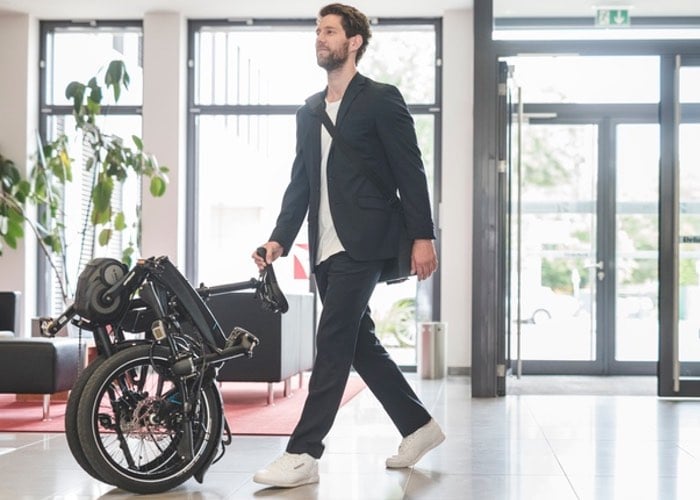 Tern Bicycles has this week launched a new Kickstarter campaign for their Tern Vektron Folding Electric Bike to raise the $60,000 development team requires to go into production.

The Tern Vektron folding electric bike is powered by Bosch and folds in seconds to transform from a bike into an easily portable form factor to help you during your commute.
Watch the promotional video below to learn more about the Tern Vektron folding electric bike, and see just how quick it can transform from folded to a bike. It’s developers explain a little more about its design and functionality.

Electric bikes let you escape the typical hassles of commuting. They soften hills and headwinds on your 15-mile commute, and leave you with energy to spare.

Still, electric bikes are large and unwieldy. It’s hard to take them on trains, put them in cars, or store them indoors. The Vektron is different. With the world’s leading electric bike system from Bosch, it folds in 10 seconds for easy transport, storage, and theft prevention.

Take your Vektron on a train or bus to cover those extra-long commutes. Ride to the station, hop on, hop off, and keep riding. Already taking public transport? Complete the first and last leg of your commute faster by riding, instead of walking.

For more information on the new Tern Vektron folding electric bike jump over to the Kickstarter website for details by following the link below.