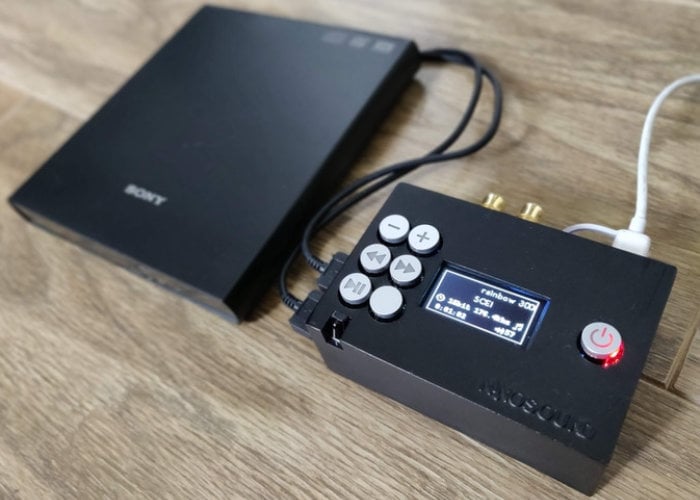 Nanomesher has once again returned to Kickstarter to launch its seventh Kickstarter campaign to raise the required funds needed to create the NanoSound CD audio extractor and upsampling CD player. Watch the demonstration video below to learn more about the portable NanoSound CD system which offers a upsampling CD player, lossless audio extractor, network audio player with hi-fi DAC as well as infrared and mobile control.

“NanoSound CD is also a lossless audio extractor which allows you to extract audio files including FLAC , Apple Lossless (m4a), wav which a single touch of button. It also helps you to organise your file by automatically tagging your files with album , artist and song names. Moreover, NanoSound CD is a network audio player which play all kinds of audio files and support Spotify, Airplay, DLNA. The detachable CD drive design allows you to save precious space when CD is not in use.”

NanoSound CD is now available to back via Kickstarter with early bird pledges available from £222 and worldwide delivery expected to take place sometime around March 2019. For more details and full specifications jump over to the official Kickstarter crowdfunding campaign page by following the link below.