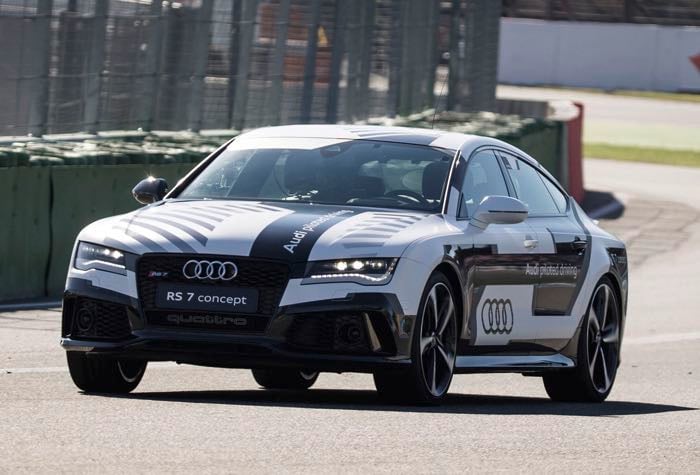 Last week Audi announced that they would be testing out their Audi RS7 Concept at the Hockenheim Ring without a driver, and now we have a video of the car in action.

The video below shows the Audi RS7 Concept traveling round Hockenheim without a driver at racing speed, which is pretty impressive.

Audi scored yet another major success in the development of piloted driving: Before the season finale of the Deutsche Tourenwagen Masters (DTM), the latest technology pioneer was running up to its physical limit, with no driver. It took the Audi RS 7 piloted driving concept just slightly over two minutes to complete a lap on the Grand Prix track in Hockenheim – piloted with high precision and accuracy to within centimeters.

“The top performance by the Audi RS 7 today substantiates the skills of our development team with regard to piloted driving at Audi,” said Prof. Dr. Ulrich Hackenberg, Board Member for Technical Development at AUDI AG. “The derivations from series production, particularly in terms of precision and performance, are of great value for our further development steps.”

You can find out more information about the driverless Audi RS7 Concept over at Audi at the link below.