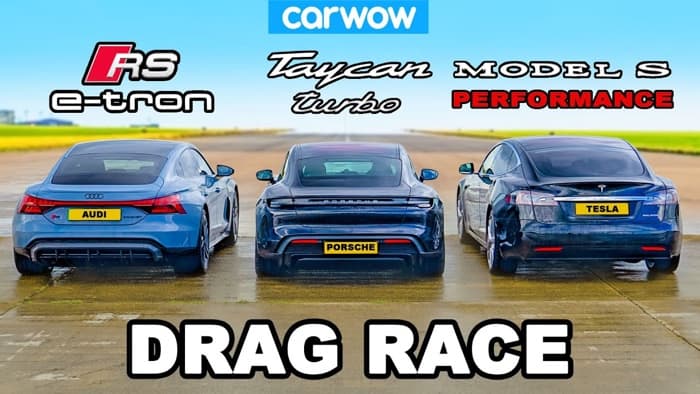 Audi recently launched their new RS e-tron GT electric sport car and now we get to see a drag race between the new Audi RS e-tron GT a Porsche Taycan and a Tesla Model S.

The Audi RS E Tron GT has 646 horsepower,m the Porsche Taycan S has 687 horsepower and the Tesla Model S has a massive 778 horsepower.

The video below from Carwow puts the three cars side by side in a drag race, which one do you think will win? Lets find out.

As we can see from the video in the first race the Audi RS e-tron came first, although all cars were very close.

In the second race the Audi also won but just by a small amount, in the third race the Tesla Model S managed to come first.