Audi are developing an electric version of their R8 supercar which will be called the R8 Etronic, there is just one problem with electronic cars, they are almost silent, so Audi has decided to develop some sound effects for the R8 Etronic to make it sound more like a supercar.

Instead of adding normal engine sounds to the R8 Etronic, Audi have decided to give their electric supercar a more futuristic sound, have a look at the video of it in action below. 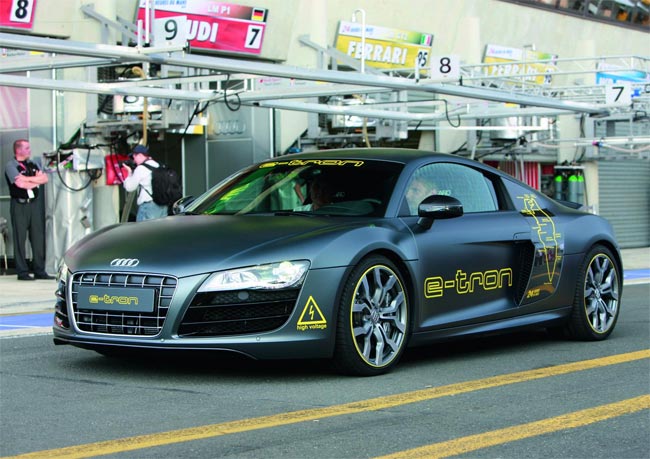 Audi has added the sound effects to the vehicle to help pedestrians hear the car, and Audi has called its new electronic engine sound system Audi e-sound.