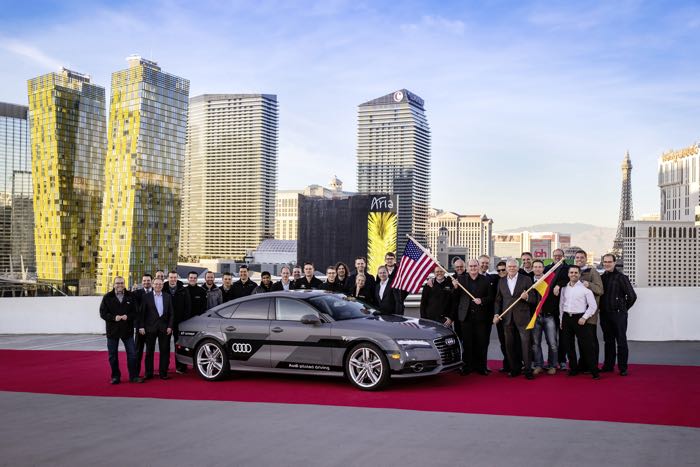 The Audi A7 Sportback piloted drive concept has arrived in Las Vegas, the car has completed a 560 mile journey from Silcon Valley to Las Vegas.

The vehicle is a concept car that is capable of driving itself, it is based on the Audi A7 3.0 TFSI, and it had various members, this is apparently the longest drive for a self driving vehicle, with passengers behind the wheel.

The Audi A7 3.0 TFSI quattro piloted driving concept proved itself very cabable of driving in traffic just as customers do on a daily basis. Journalists that were behind the wheel were impressed with the concept cars ability to drive comfortably and in the logical user interface for which Audi is known.  „The results of the test drive underscores our piloted driving competency“, said Prof. Dr. Ulrich Hackenberg, Audi Board Member for Technical Development. „I‘d like to thank the team of Audi engineers, VW Group R&D and the Electronics Research Laboratory for making it such a great success.“ 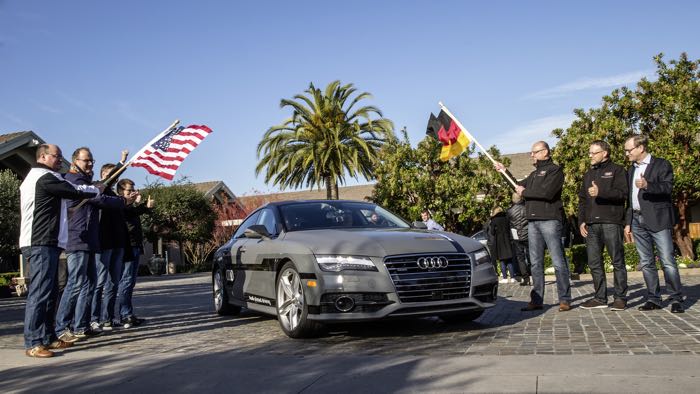 According to Audi, this self driving vehicle uses a number of production ready sensors that can detect vehicles around it, pedestrians and also its surroundings.

The vehicle drives itself between 0 and 70 mph, there is a driver present at the wheel, although all the driving is done by the piloted drive system.