The AT&T BlackBerry Z10 will launch this Friday the 22nd of March, the handset is already available to pre-order and now some photos of the device with the AT&T branding have appeared online.

The photos below were posted online by the guys over at TechnoBuffalo, but it would appear that the article has now been removed, the device will land in AT&T stores this Friday for $199.99 when you sign up to a new two year contract with the carrier. 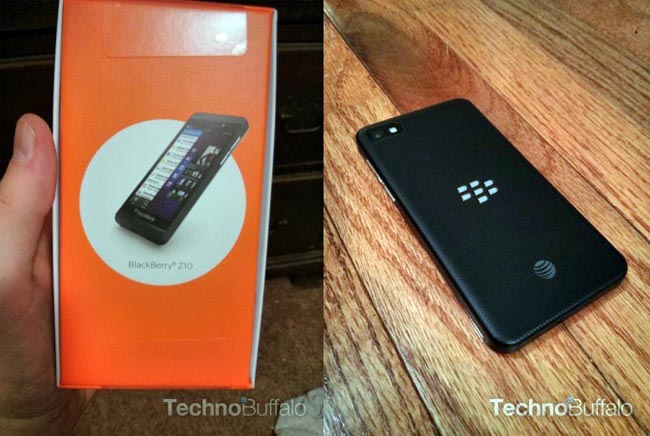 The BlackBerry Z10 features the new BlackBerry 10 OS and it features a dual core 1.5GHz processor and 2GB of RAM, there is also 16GB of built in storage, plus a microSD card slot that can take up to 32GB cards.