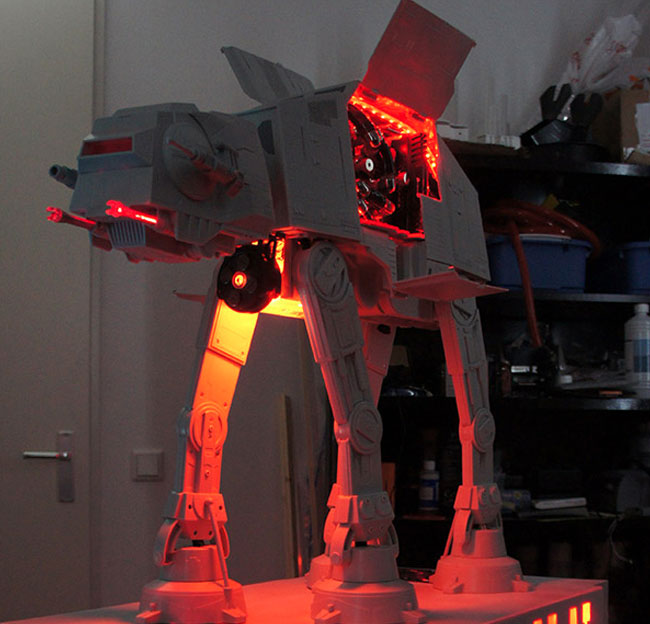 Inside Asphiax has packed in a Zotax Z68 Mini ITX motherboard, together with an Intel Core i7-2600K CPU, a Sapphire 6870 GPU supported by 8GB of RAM. To add a few finishing touches Asphiax has added lights inside and laser cannons to the head, which cane controlled by remote, when required.

In the base of the AT-AT are the cooling components which consist of mosfet waterblocks, with a Heatkiller NB/SB waterblock, XSPC pump 2 x 240 radiators, and 4 x 120mm Enermax Fans. Check out more images over on Asphiax website.