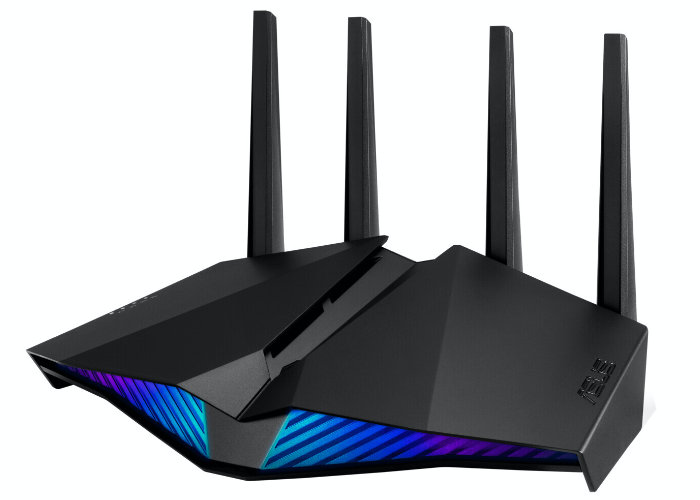 ASUS has introduced its new Wi-Fi 6 gaming Routers in the form of the ASUS RT-AX86U and ASUS RT-AX82U offering all the benefits of the new WiFi 6 standard, together with full backward compatibility with existing WiFi devices.

“In a revolutionary move, WiFi 6 also combines OFDMA technology with MU-MIMO to deliver increased network capacity and efficiency in multi-device environments, as well as improved WiFi signal range for better coverage. The result is fewer WiFi dead spots and faster, more reliable WiFi connections for all devices, throughout the home, no matter how many devices are connected: gamers can be sure their game won’t be interrupted by downloads or streaming on other devices. WiFi 6 also includes a feature called Target Wake Time that helps reduce power consumption for mobile and IoT devices, giving gamers more battery life for gaming.

Built-in ASUS AiMesh support means that RT-AX86U and RT-AX82U can be used as either a controller or a node in a mesh network built using AiMesh-capable routers. An AiMesh mesh network delivers whole-home WiFi coverage for all wireless devices, with seamless roaming and no dead zones. For maximum security, RT-AX86U and RT-AX82U support the latest WPA3 wireless security protocol, and include a free lifetime subscription to ASUS AiProtection Pro.”

Unfortunately, no information on pricing or worldwide availability has been released as yet by ASUS, but as soon as information comes to light, we will keep you updated as always.