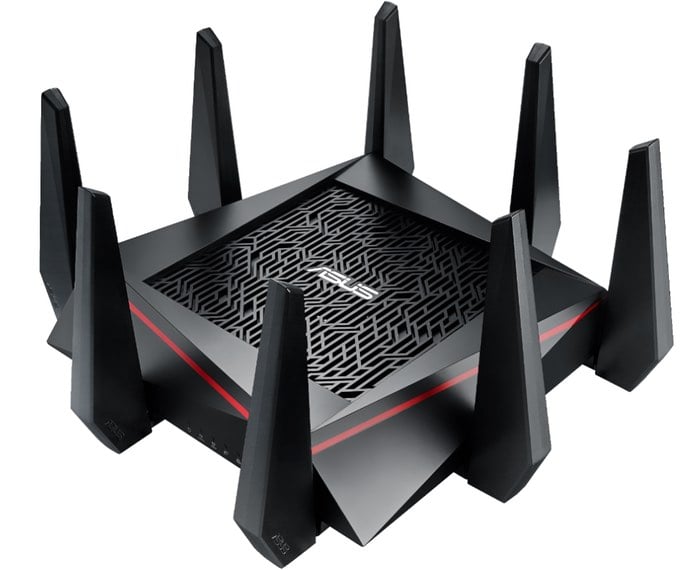 Asus have unveiled a new wireless router with a unique design at IFA 2015 this week which takes the form of the Asus RT-AC5300 tri-band wireless router, that Asus says delivers the world’s fastest Wi-Fi.

All combing for a total of up to 5334Mbit/s and design to provide users with ultra-fast 4K/UHD video streaming and low-latency gaming anywhere in the home, says Asus, who explain :

RT-AC5300 incorporates many advanced technologies to enhance performance, ease of use and stability. Tri-Band Smart Connect ensures that each device is assigned automatically to the most appropriate band for maximum speed and stability. Multi-user MIMO (MU-MIMO) enables multiple devices to connect at their maximum speeds without slowing down the network, and Link Aggregation (802.11ad) can combine two LAN ports into one superfast 2Gbit/s wired connection using two network cables.