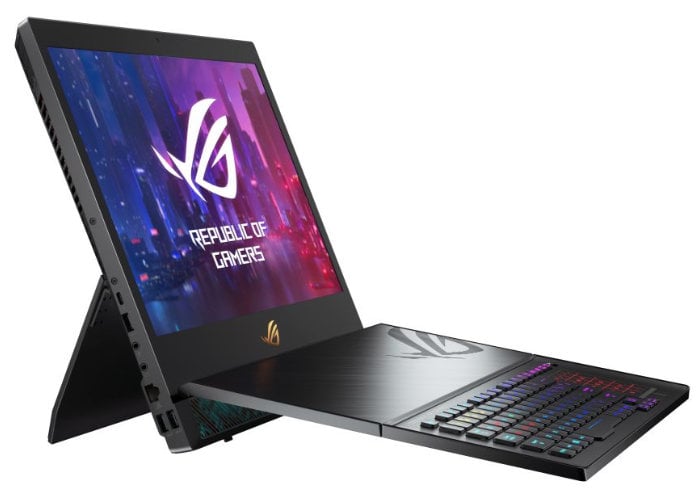 ASUS has this week unveiled a new addition to its range of gaming systems in the form of a massive gaming tablet which takes the form of the ASUS Republic of Gamers Mothership (GZ700). Designed to replace a desktop system the convertible gaming laptop/tablet is powered by the latest NVIDIA GeForce RTX graphics technology. 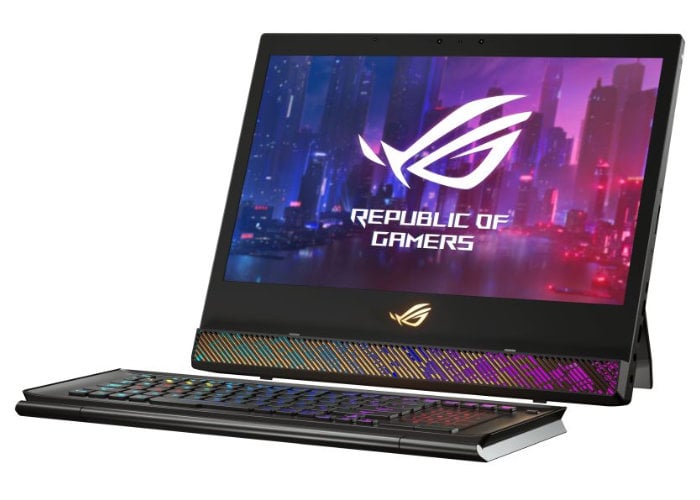 Asus has designed the desktop gaming system replacement is a massive tablet with a removable keyboard that “folds to fit different scenarios” depending on your requirements. Machined from aluminium the tablet is equipped with a 17.3 inch Full HD IPS-level display with a 144Hz refresh rate, 3ms GTG response time display featuring NVIDIA G-SYNC technology. Internally the system is powered by an Intel Core i9-8950HK processor supported by the new NVIDIA GeForce RTX 2080 GPU. The factory overclocked core is complemented by a RAID 0 array with three NVMe SSDs, together with both wired and wireless connections and two 280W charging ports. 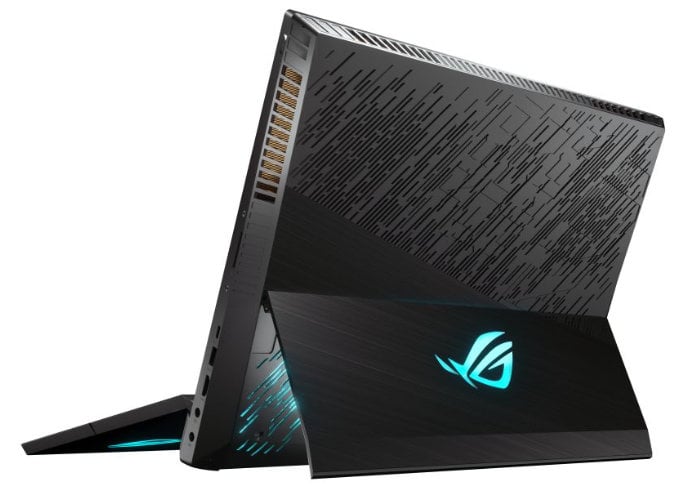 ASUS explains more about its design and inspiration. “A radical internal concept made real, the ROG Mothership caters to connoisseurs who appreciate the engineering and craftsmanship that goes into premium PC hardware. This desktop replacement redefines what’s possible for portable gaming machines that take hardcore horsepower to go. Desktop replacement laptops put incredible power in a portable package that allows them to be taken anywhere. But, they also make concessions to conform to a clamshell form factor that’s unnecessarily rigid for deployment on a desk. The limiting legacy blueprint of previous designs not only limit cooling, but also locks the user into a fixed position that’s really only required for use on a lap.”