Every year’s a new console year for computer gamers. Technology advances so fast that computer gamers looking to stay up on the latest and greatest technology has to offer shell out thousands each year upgrading their system every few months. While most tend to build their computers from scratch and upgrade each part as needed, some less technologically inclined, or lazy, individuals tend to just buy a new computer every few years like a console. That’s were ASUS’s ROG TYTAN G70 comes into play. 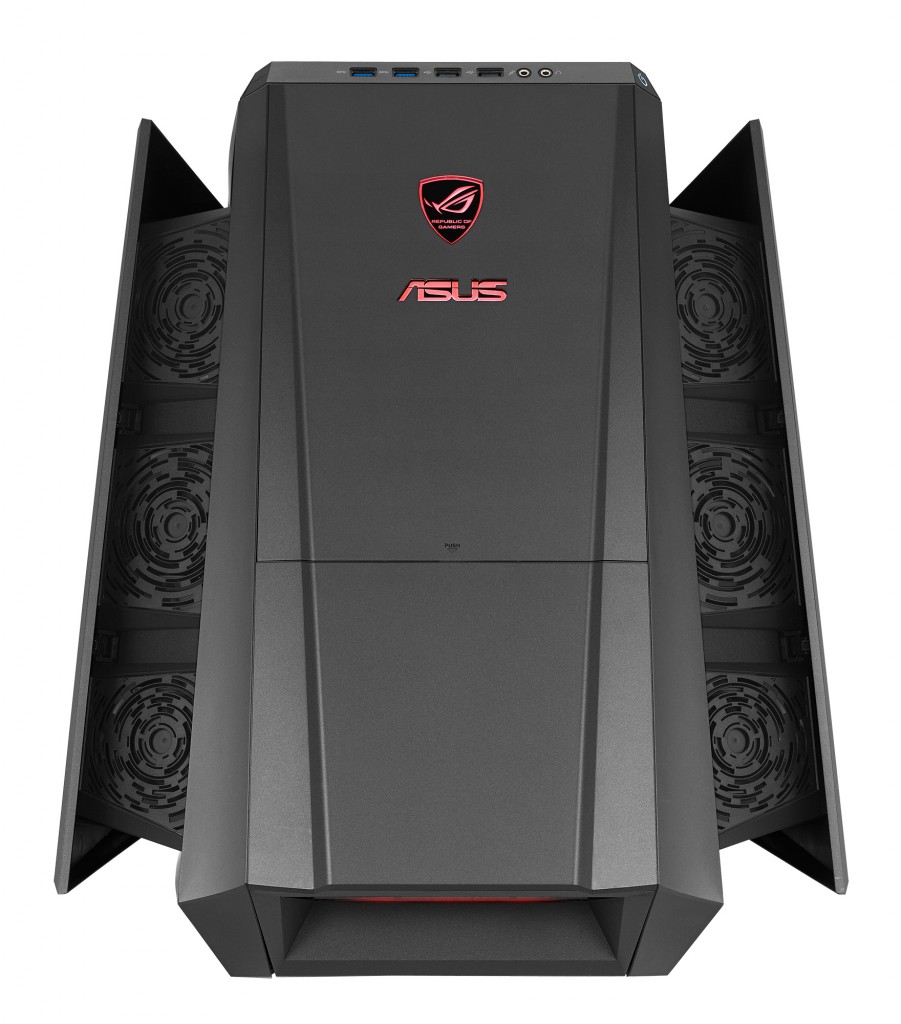 The ROG TYTAN G70 is a lot like the ROG TYTAN G30s that was announced last June with a few tweaks. The major performance switch is the optional choice of getting it with the new Nvidia GTX780 instead of the GTW680. The biggest difference is the “Turbo Gear” button. Press the button and the computer instantly overclocks. To compensate for this, the sides and top of the case expand to reveal and make use of the case’s 10 fans!

The computer is definitely the top-of-the-line at the moment, but there’s currently no price point for it or release date. My guess is it’ll be ridiculously expensive and available in a few months, probably around Christmas.

How much would you pay for the ultimate transforming gaming device?