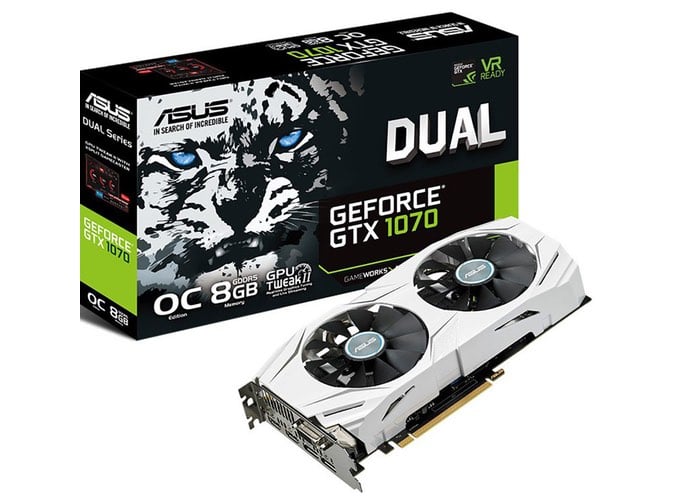 ASUS has today revealed details about a new edition to the ever-growing range of GeForce GTX 1070 graphics cards with the unveiling of its fifth card in the range that takes the form of the ASUS GeForce GTX 1070 DUAL (model: DUAL-GTX1070-O8G).

The latest addition to the series has been equipped with a custom-designed PCB by ASUS, which is fitted with a dual-fan cooling solution but unfortunately not DirectCU II.

The new cooling system of the GeForce GTX 1070 DUAL sports the same design styling as the ASUS’ mainline X99 II and Z170 series motherboards. As well as featuring a pair of wing-blade fans that have been fitted to keep noise to a minimum whilst cooling to a maximum.