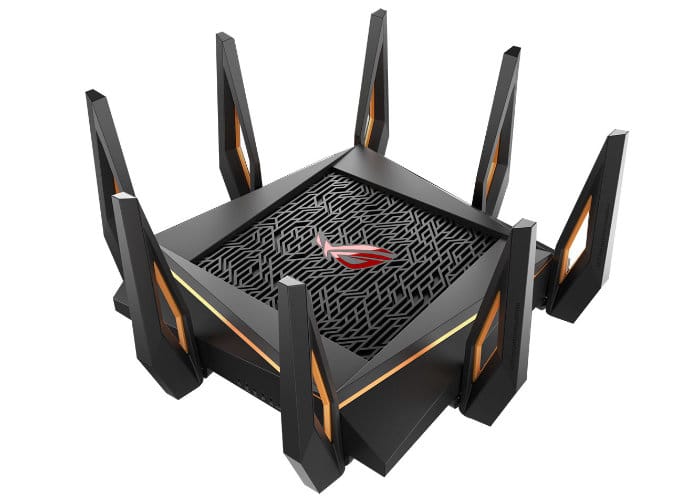 As well as new 4K capture cards and gaming monitors, being announced at this years Computex 2018 show, Asus has also unveiled a range of 802.11ax Routers which have been created to provide wireless connectivity solutions for high bandwidth devices such as smartphones, tablets, PCs, games consoles and 4K TVs. Asus has been showcasing a full lineup of 802.11ax routers at Computex in Taipei, Taiwan.

“The Republic of Gamers is renowned for cutting-edge hardware, so it’s fitting that the new ROG Rapture GT-AX11000 is the world’s first tri-band 802.11ax router. It’s built for the most demanding networks, with peak aggregate throughput of nearly 11,000Mbps: up to 1148Mbps on the 2.4GHz band and up to 4804Mbps on each of its dual 5GHz bands. The extra 5GHz band can be reserved for gaming devices to prevent other wireless activity from interfering with your primary machines.”

For more information on each of the new routers jump over to the Tech Power Up and Asus Press Release by following the link below.