Astronomers have announced that they had discovered the lowest mass exoplanet ever to be found orbiting a sun-like Star. The planet has the cryptic name GJ 504b. The planet orbits the star GJ504 at approximately 9 times the distance between the sun and Jupiter. 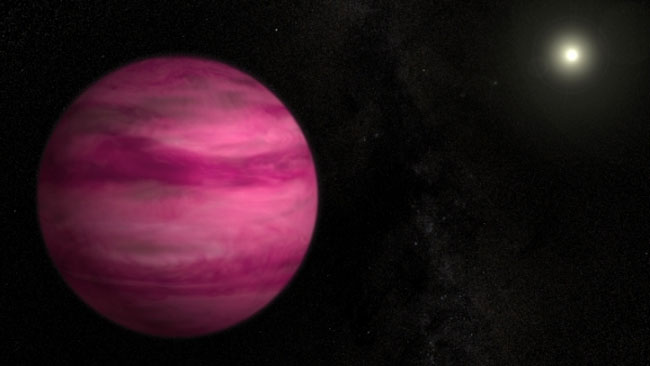 “If we could travel to this giant planet, we would see a world still glowing from the heat of its formation with a color reminiscent of a dark cherry blossom, a dull magenta. Our near-infrared camera reveals that its color is much more blue than other imaged planets, which may indicate that its atmosphere has fewer clouds,” said Michael McElwain, a member of the discovery team at NASA’s Goddard Space Flight Center in Greenbelt, Md.