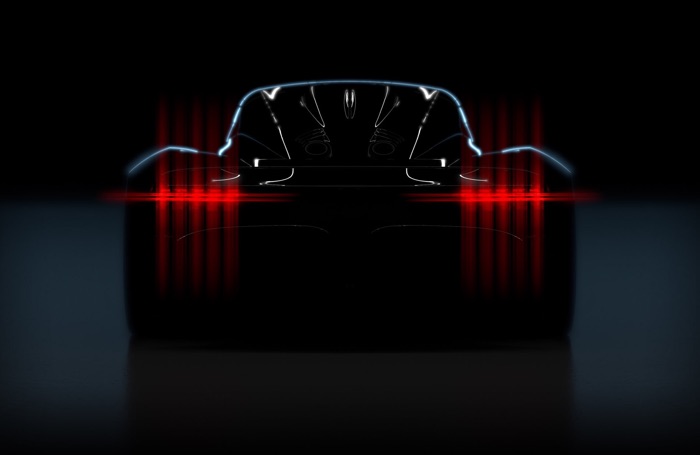 Aston Martin has released a teaser photo of their latest Hypercar that will be unveiled in Geneva next month, it is being called Project003 at the moment.

The new Aston Martin Hypercar was teased on Twitter and you can see the tweet from the supercar maker below.

#Project003 will be the third mid-engined hypercar we develop following the Valkyrie and Valkyrie AMR Pro. Project 003 has its DNA deeply rooted in concepts and technology currently being developed for those revolutionary road and track-only machines.
THE WAIT IS NEARLY OVER pic.twitter.com/lJE9hpsdkc

The car is thought to be related to the Aston Martin Valkyrie, this is the third car in the line up, previously we had the Aston martin Valkyrie and the the Valkyrie AMR Pro.

We will have more details about the new Aston Martin Project003 when it gets official at the Geneva Motor Show in March.