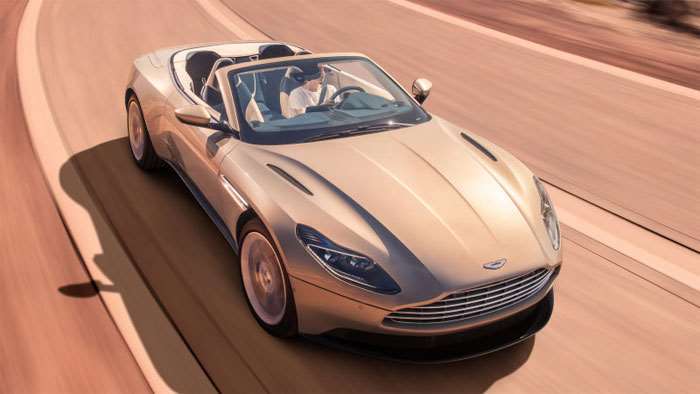 One of the hallmarks of Aston Martin is the V12 engine that many of its cars use. If you were hoping for a V12 DB11 convertible, your hopes are dashed. The DB11 Volante has been officially unveiled and it will be offered with V8 power only. The car looks fantastic.

The DB11 Volante is 57 pounds lighter than the old DB9 while being 5% stiffer. The top also stows into a smaller space for more trunk room. The DB11 volante weighs about 4,134 pounds, which is up a few hundred pounds from the 3,800 pounds of its coupe sibling.