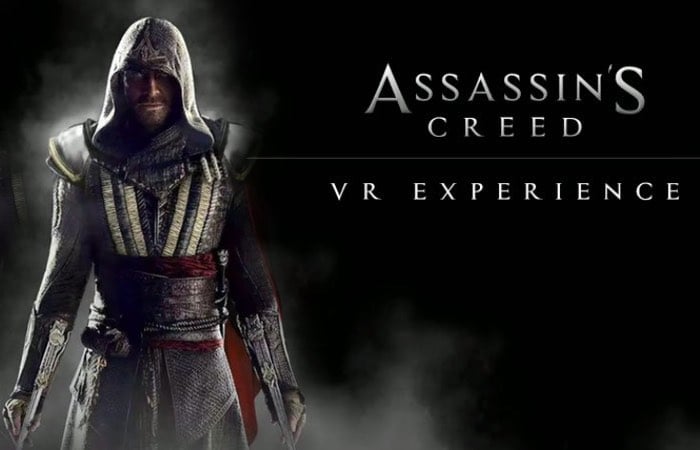 Ubisoft has today announced the news at GDC 2016 and Tweeted that a new Assassin’s Creed virtual reality experience that will be made available this year even though no games in the series are planned to be released.

The Assassin’s Creed VR Experience is being made by Fox and VR company Practical Magic and ties in with the upcoming Assassin’s Creed movie that is currently being produced starring Michael Fassbender and is due to hit theatres during the Christmas holiday season of 2016.
The Tweet published by Ubisoft on their official account reads :
As soon as more details are announced by Ubisoft regards the Assassin’s Creed virtual reality experience will keep you updated as always. Let’s hope a teaser trailer is released in the near future to whet our appetites a little more.

Just announced: Assassin’s Creed VR experience – based on the film – is coming this year from FOX & Practical Magic. pic.twitter.com/YZUCJwfPY3