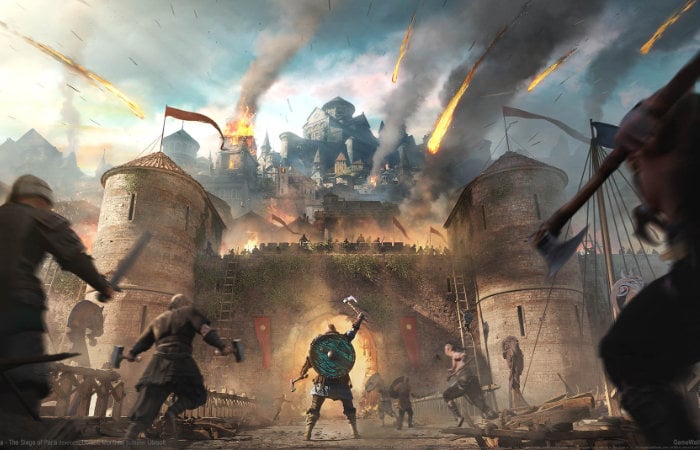 Ubisoft has announced the highly anticipated major expansion for Assassin’s Creed Valhalla The Siege of Paris will be officially launching and available to play from August 12th 2021. Offering a new adventure set in Francia you will need to follow a “dangerous path full of gripping questlines” across the Frankish countryside, towards one of the most infamous conquest battles in Viking history.

As you would expect the Siege of Paris expansion features new weapons, abilities, gear, and skills to take on new enemy types and sees the return of Infiltration Missions, directly inherited from the Black Box Missions in the game. Providing players with the creativity to choose the best way to eliminate their designated target. The Assassin’s Creed Valhalla’s Siege of Paris expansion will be available for all Season Pass owners as well as being available to purchase separately if you are not signed up for the Season Pass.

Ubisoft is also announced the release of its Sigrblot Season a free update and event taking place from July 29th to August 19th 2021 allowing you to prepare for war before heading to Francia. Check out the announcement video below to learn more about the Sigrblot Season.

“Summer has begun in Assassin’s Creed Valhalla with the Sigrblot Festival, which is free for all players. This limited-time event ignites Ravensthorpe starting July 29 with new activities, quests, and rewards. To train for the raiding season, the one-handed sword makes its debut! Players will also receive 50 free Opals to celebrate the start of the season. Read on to gain favour from the gods and prepare for the ultimate test of war, The Siege of Paris.”