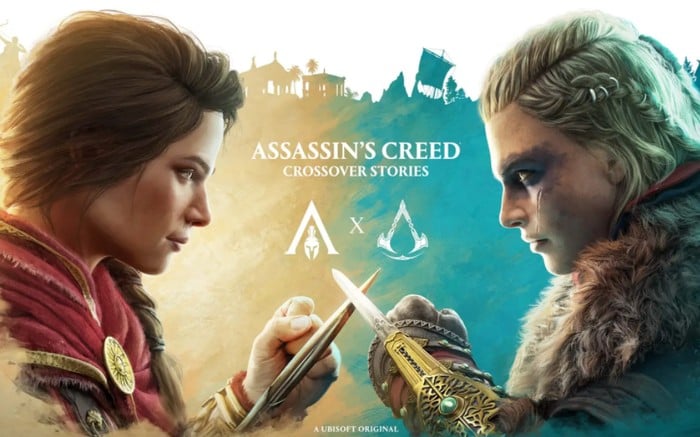 Assassin’s Creed fans may be interested to know more about the new DLC which brings a face-off between Kassandra and Eivor thanks to the new content provided in the Odyssey and Valhalla crossover stories which are now available to play on both the PlayStation 5, PlayStation 4, Xbox One and PC from December 14, 2021

“Assassin’s Creed games have been massive dives into major moments of human civilization, with each title seldom crossing paths. Outside of Easter eggs and mentions of the heroes who helped shape history, the major protagonists of Assassin’s Creed have never shared the same spotlight, but Ubisoft is about to change all that with its very first Crossover Story. Every Assassin’s Creed game is headlined by distinctive characters, heroes who continue an age-old conflict with their own sense of style, personality, and a talent for acrobatic anarchy. While every fan has their favorite Assassin, you’d be hard-pressed to find anyone more popular than Assassin Creed Odyssey’s Kassandra, a straight-talking and hard-hitting mercenary from ancient Greece.”

“Never afraid to get her hands dirty, Kassandra’s journey in Odyssey was the stuff of legend, cementing her position as one of the best protagonists in the entire series. That epic trek through the myths and legends of Greek culture raised the bar for the Assassin’s Creed franchise in 2018. But if you’re one of the many fans who’ve longed to see more of Kassandra, we have good news: She’s making a comeback. “When we look at all the Assassin’s Creed content released, they are all connected by characters, lore, locations, and moments in history. Even after the games are released there are stories to tell, questions to be answered,” says Ubisoft Quebec Associate Creative Director Clémence Nogrix.”

“When we looked at the most recently released games and their place in the overall world timeline, we saw an opportunity to bring back the spotlight on a very unique character in the brand, with Kassandra. With her immortality starting in 431 BCE, the notion of connection with other games started there, and we needed to kickstart her new journey, a unique odyssey in a way by asking ourselves ‘What did Kassandra do when she became immortal?’ So we started with Odyssey, and seeing as Assassin’s Creed Valhalla was the most recently released game, it was an opportunity to bridge both of them and answer the question ‘’What happens when two Assassin’s Creed protagonists meet?”