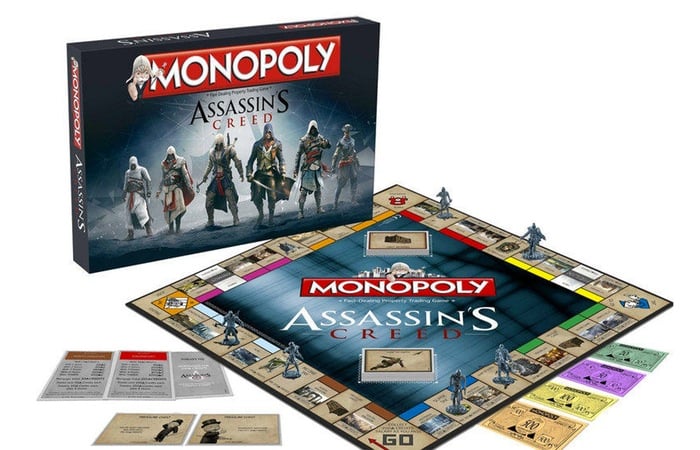 Following on from the themed The Legend of Zelda Monopoly set unveiled earlier this month, now a new Assassins Creed Monopoly set has been unveiled and will be made available in Europe.

The new Assassins Creed Monopoly will be launching later this year in time for the holiday season and brings with it six assassins to choose from to play with in the form of : Altaïr Ibn-La’Ahad, Ezio Auditore da Firenze, Ratonhnhaké:ton, Aveline de Grandpré, Edward Kenway and Arno Dorian.

Gamespot explains : “Other game pieces will also be changed to match the Assassin’s Creed theme. Money will be changed into Abstergo credits, and the usual real estate will be swapped out for historical locations featured in the series. Abstergo Industries and Abstergo Entertainment will replace the game’s original prime properties, Boardwalk and Park Place.”

Unfortunately no information on pricing or worldwide availability has been released as yet for the Assassins Creed Monopoly set, but as soon as information comes to light we will keep you updated as always.