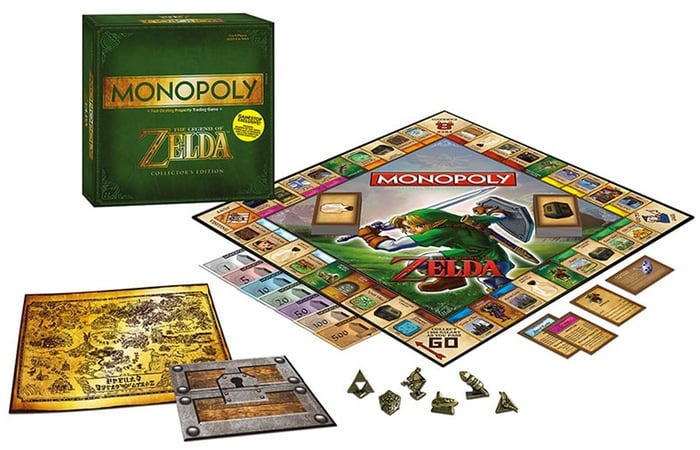 Legend of Zelda fans might be pleased to know that an official Monopoly board game in the style of The Legend of Zelda has been unveiled today and is available to preorder for $40 with shipping commencing on September 15th throughout the US at GameStop.

As you can see from the image above everything has been themed to coincide with The Legend of Zelda video game making it the perfect Monopoly set for Zelda fans with Houses renamed Deku Sprouts, Hotels renamed Deku Trees.

Chance and Community Chest cards are renamed Empty Bottle and Treasure Chest and The Legend of Zelda Monopoly game includes 6 collectible tokens in the form of the Bow Hookshot, Boomerang, Triforce, Hylian Shield and Ocarina of Time which is a GameStop exclusive token.

Together with 6 Item Power Cards for added game play in the form of the Goddess Harp, Wind Walker, Minish Cap, Spirit Flute, Phantom Hourglass and Ocarina of Time, as well as Zelda themed money and a 11″ x 17″ Hyrule Map Lithograph in Treasure Chest Holder also a GameStop exclusives.

Unfortunately no information on pricing or worldwide availability has been released as yet for the awesome Legend of Zelda Monopoly board game, but as soon as information is announced we will keep you updated as always. 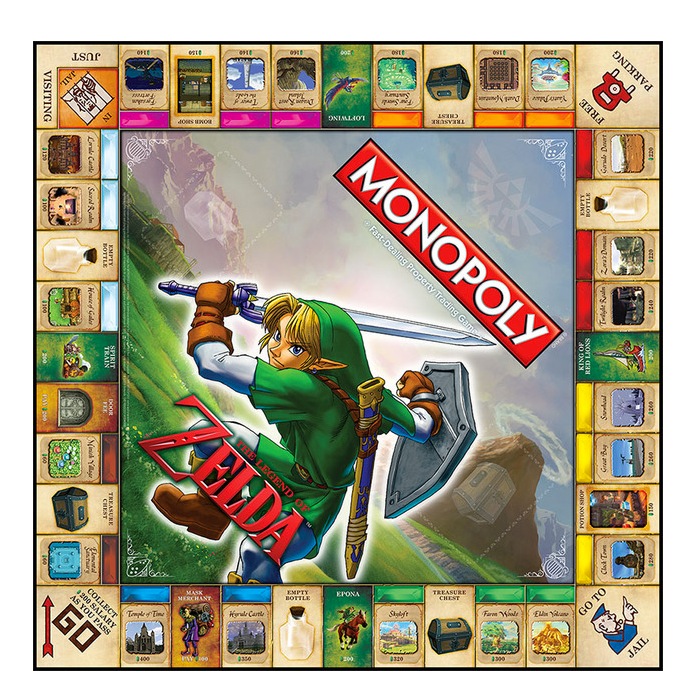