Ubisoft has released a new trailer for their upcoming Assassin’s Creed III game, explaining how their new AnvilNext game engine will enhance their latest game, and provide you with detailed dynamic weather systems, together with new combat maneuverers, sea battles and huge land battles. 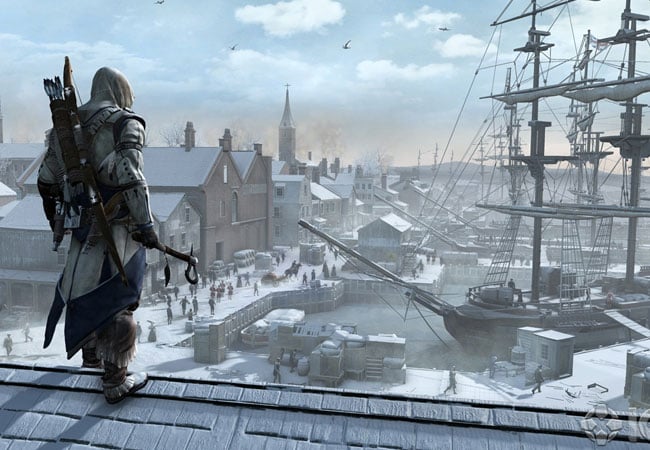 The AnvilNext game engine has been radically redesigned say Ubisoft for its latest Assassins Creed game, and being at the heart of the game, renders seamless worlds for you to explore.

Together with up to 2000 NPCs being able to be shown in a single sequence, as well as 1000 new animations for the main character in the game. Ubisoft explains:

“This proprietary technology renders seamless worlds of nearly infinite possibility, transporting you deep inside America before it was ‘America.’ From vivid, natural landscapes, to accurate portrayals of life during The American Revolution, you’ll experience the tumultuous reality of the birth of a new nation. “

Assassin’s Creed III will be launching on October 30th for Xbox 360, PC and PS3 consoles.