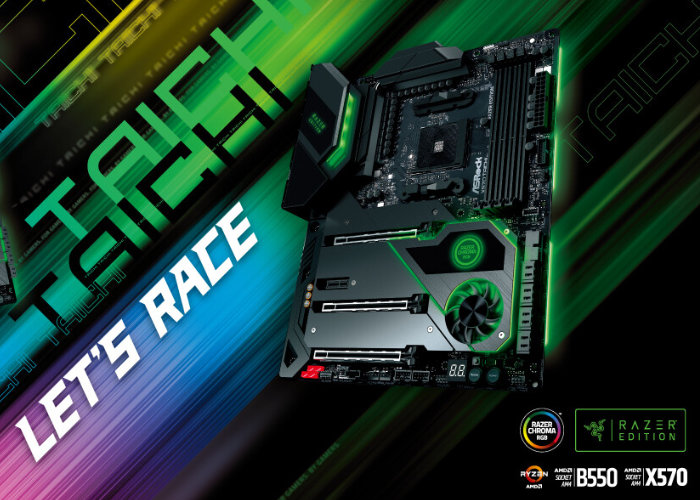 ASRock and Razer have announced a new partnership which allow them to develop the ASRock Taichi Razer Edition line of motherboards, the world’s first motherboard that is natively integrated with Razer Chroma RGB lighting. For those of you not familiar with the Razer Chroma RGB, the technology offers the world’s largest lighting ecosystem for gaming devices, supporting over 500 devices, 150 natively integrated games and has over 15 million users worldwide. The new integration with ASRock motherboards enables universal compatibility with thousands of addressable RGB (ARGB) components directly into the ecosystem, offering a wealth of colourful applications and options.

“We are thrilled ASRock and Razer chose to utilize the AMD X570 and B550 chipsets in their inaugural motherboard, the Taichi – Razer Edition,” said Chris Kilburn, corporate vice president and general manager, client component business unit, AMD. “With the AMD 500 Series chipsets and the recently released Ryzen 5000 series desktop processors, AMD has focused on delivering the ultimate experience to gamers. ASRock and Razer have done the same here, creating an ideal blend of performance and style.”