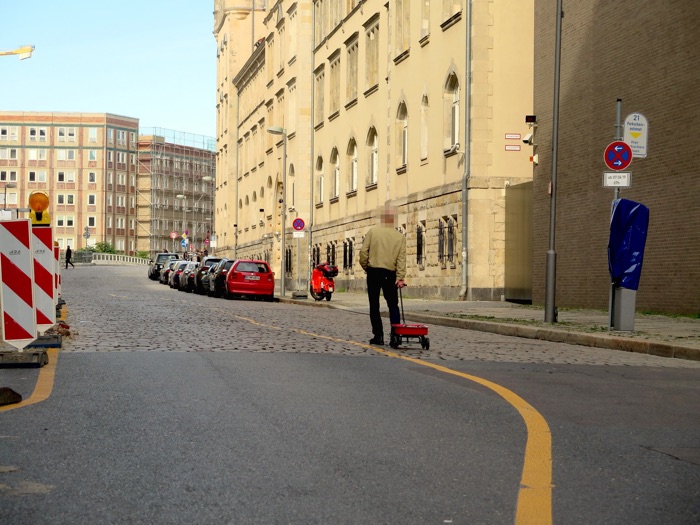 Google Maps usually does a pretty good job of showing traffic jams and now artist Simon Weckert has manged to fool google maps into thinking there was a traffic jam where there wasn’t one.

Simon uses 99 second hand smartphones and hand pulled trailer to trick Google Maps into thinking that a lot of cars were stuck in a traffic jam, have a look at the video below.

” 99 second hand smartphones are transported in a handcart to generate virtual traffic jam in Google Maps.Through this activity, it is possible to turn a green street red which has an impact in the physical world by navigating cars on another route to avoid being stuck in traffic. ” #googlemapshacks

Head on over to Simon’s website at the link below for more details on how he managed to fool Google Maps.