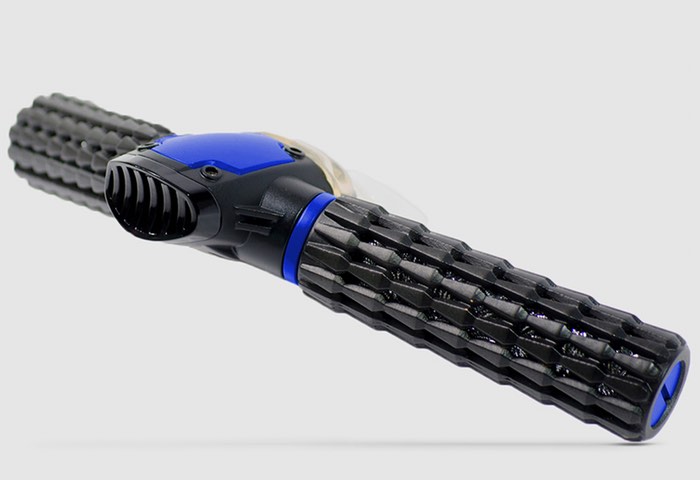 Some of our readers might remember the Triton artificial gills project we reported on last week, that had launched via the Indiegogo website to raise the required funds it needed to go into production. After raising over $800,000 suspicions were raised that the company behind the underwater breathing apparatus were not telling the full story and some scientists dismissed the technology as fictitious.

However now after a little rewording and extra evidence that the system does function, the company behind the development of the artificial gills underwater breathing apparatus, has relaunched the project via the Indiegogo website and has already raised over $270,000.

Over the past week the development team have received a number of requests to provide more video footage of the underwater breathing apparatus functioning as described and in response the company has now published a video which can be viewed below. The development also explains more about their new invention :

Since launching we have been protecting our proprietary technology because it’s so important to our success, but after careful consideration we think it’s important to share these details and clarify how the device works. Inside of each Triton, the artificial gills utilize “liquid oxygen”, which combined with the other components allow users to breathe underwater, which you can see in the video above. We will release more information about the ‘liquid oxygen’ cylinders and safety strap.

Note that the “liquid oxygen” cylinders won’t last forever so we plan to make it possible for backers to purchase and exchange cylinders through our website. They will come in packs of 1, 3 and 5, and we’ll list prices as soon as they are finalized. We’re also working on a solution to make them refillable.

We wanted to share it at the beginning of the campaign but were hesitant because we also wanted to protect our intellectual property. Our success and the positive comments we have received have made it clear that these details are important for our backers to understand.

For more information on the new Triton underwater breathing system jump over to the Indiegogo website for details and to make a pledge via the link below.