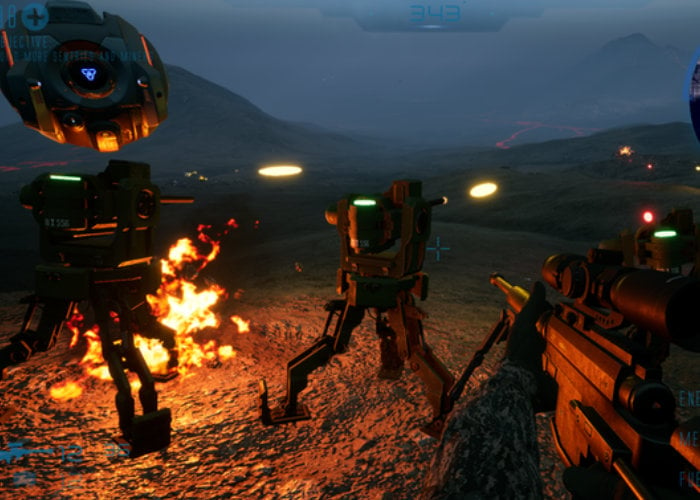 Game development studio 100Hr Games based in Toronto, Canada has taken to Kickstarter this week to launch its new game Artificial Extinction, a Sentry Defense game involving real time strategy elements played from the First Person point of view. Check out the teaser trailer below to learn more.

“The story is very relevant to today’s topics of the race to invent Artificial Intelligence, LAWS, AI Murder Policy debate and military’s implementing robotics and drones on today’s battlefield. et in the future, you play a colonist seeking a peaceful planet for your new home. Your mission is to find a safe place on the planet for your family to join you in 9 days. The planet has had terra-forming robots working for decades in preparation for human colonisation. But the AI humanity invented has become an enemy and discovered this planet. Are the robots on the planet waiting for you hostile?”

“You have 9 days to find a safe place on the planet. At the beginning of the day, the ship will drop you off on the planet and then orbit above you where it is safe. You have to setup a miner to collect fuel for the ship but hostile robots will advance towards you. You have Sentry Weapons that you setup around you to provide you protection while the miner is collecting fuel. Once enough fuel is collected, your ship will descend to pick you up and you continue your journey looking for a safer place on the planet. ”