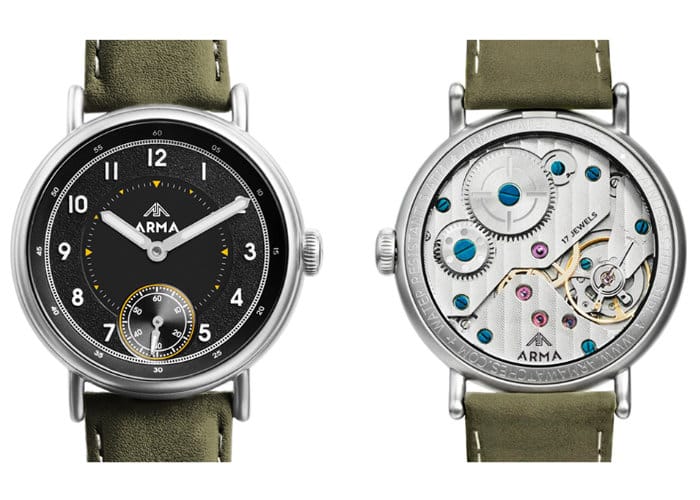 ARMA have created a new military inspired timepiece in the form of the ARMA Avenger watch which this week has launched via Kickstarter to raise the $39,000 required to take the design into production. The modern watch has been inspired by the “best military timepieces” used by international armies of the World War II era. View the demonstration video below to learn more about its construction and unique design.

The goal of its creators was to create a military inspired wristwatch that stood out amongst the plethora of other watches currently on the market. The design combines elements from US military watches, German B-Uhr, and British WWW-class timepieces as well as aircraft dashboards of US and RAF jets and airplanes from the period, such as produced by Lockheed, Hawker and Grumman.

The ARMA watch is now available to back via Kickstarter with super early bird pledges available from $225 offering a 45 percent or $175 saving off the recommended retail price once the Kickstarter campaign is finished. If all is successful and its developers raise the required funds, worldwide shipping is expected to take place during July 2018. For full specifications and more details, as well as a list of all available pledges jump over to the official Kickstarter campaign page by following the link below.