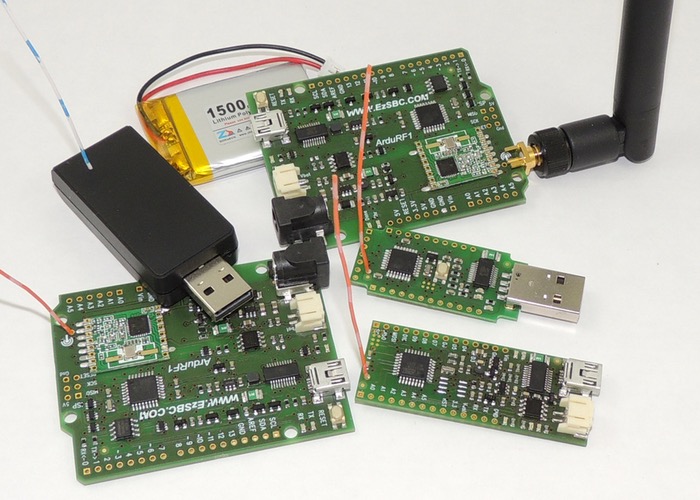 Makers and developers that enjoy building projects using the Arduino platform might be interested in a new wireless Arduino board that is battery powered and offers a long range connection and is completely open source.

The wireless Arduino project is currently over on the Kickstarter crowd funding website looking to raise just $9,500 in pledges to make the jump from concept to production. Watch the video after the jump to learn more about the Arduino wireless project and see it in action.

“Why Another Wireless Arduino Project? Because it hasn’t been done right yet.  I hope to change this for my backers and future customers.  The ArduRF-family provides a choice of boards for wireless connectivity with each board optimized for its role while maintaining Arduino compatibility.

A search through the Arduino wireless projects on Kickstarter shows several projects that were successfully funded but they all have some shortcomings.  Most are better described as ‘Programmed with the Arduino Environment’ rather than Arduino compatible.

Most have no provision to provide power for untethered operation and several projects use ARM CPU’s.  The ArduRF-family is different in important ways;  The family uses the Atmega328 as the CPU. All code developed for an Arduino will run on the ArduRF-family – even libraries that contain assembler code.

The ArduRF-family uses the FTDI chip for the USB interface to provide the highest compatibility with all the major operating systems.  Code developed on one board will work on the other two boards as well.  All three boards use the same wireless transceiver and can operate in the 915MHz, 866MHz and 433MHz license free bands.

Another important way in which the ArduRF family of boards is different from some previous Kickstarter Arduino RF projects is that they are ready for production – today.  The pick and place programs and reflow oven profiles have all been developed, tested, and the boards work flawlessly when they leave the reflow oven.  Other projects take a year or more to deliver the rewards.  This project will ship the early bird reward within weeks of the funding of the project.”