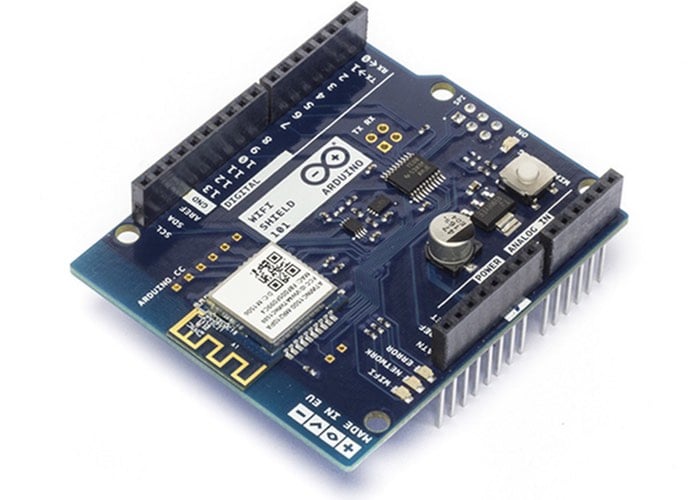 The official Arduino store in the US has announced the arrival of the Arduino WiFi Shield 101 that has been specifically designed for Internet of Things based projects.

The Arduino WiFi Shield is based on the ATWINC1500 module developed with ATMEL, and as the name suggests connects your Arduino to the internet wirelessly. 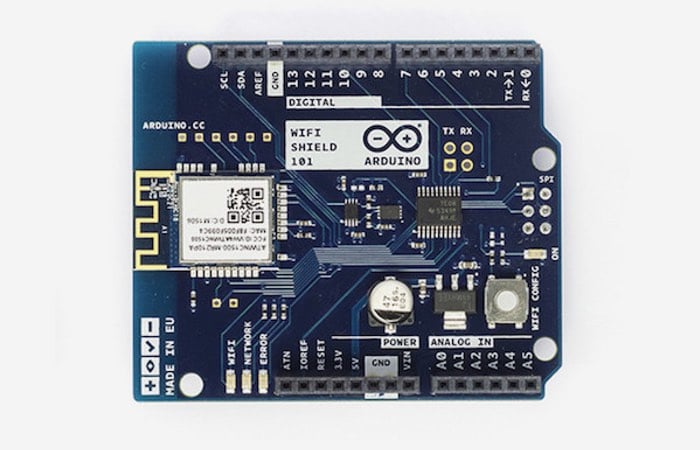 Arduino explain a little more about the new Arduino Shield :

Connecting it to a WiFi network is simple, no further configuration in addition to the SSID and the password are required. The WiFi Shield 101 comes with an easy-to-use library that allow to connect you Arduino board to internet with few instructions.

The WiFi Shield 101 also features a complete asymmetric (public/private) hardware key cryptographic signature solution that is an ultra secure method to provide key agreement for encryption/decryption, specifically designed for the IoT market. As always with Arduino, every element of the platform – hardware, software and documentation – are freely available and open-source. This means you can learn exactly how it’s made and use its design as the starting point for your own projects.

• Requires an Arduino board (*) (not included)
• Operating voltage 5V (supplied from the Arduino Board)
• Connection via: IEEE 802.11 b/g/n for up to 72 Mbps networks
• Encryption types: WEP and WPA2 Security Enterprise
• Connection with Arduino on SPI port
• Onboard CryptoAuthentication by ATMEL

Jump over to the official Arduino website to purchase one priced at $49.90 via the link below. If you found this project interesting why not build your very own Arduino wind speed meter or anemometer to record the wind speed in your area.