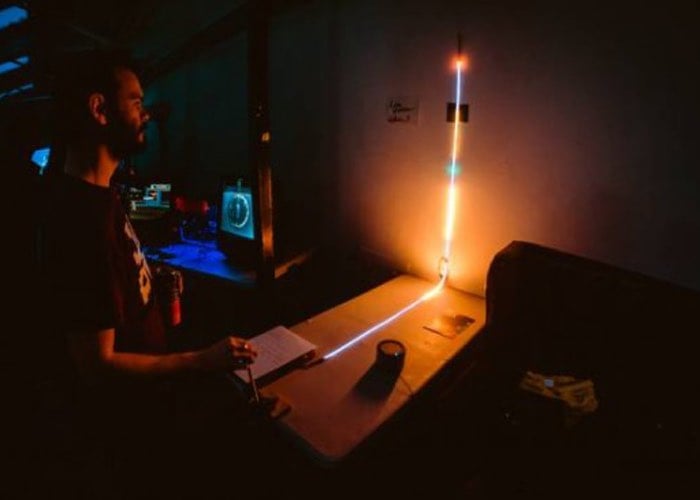 An industrious developer named Robin Baumgarten has created a new game called Line Wobbler made using the Arduino platform and a doorstop together with an LED strip.

The game was created during a 48-hour game jam and offers users a hard to master dungeon crawl game powered by an Arduino Uno development board.

The game was inspired by a YouTube video during which a cat interacts with a flexible doorstop. Watch the video below to learn more about the construction of the Arduino Line Wobbler game.

Using a spring, an accelerometer and a rigid surface, the Wobble controller is a tactile and surprisingly precise joystick with a unique ‘wobble’ action (pull it back and let go to make it oscillate back and forth rapidly). It is this wobble action that is core to the experience and the game we have created for it. Initially made out of a shoe-tree, I’m now using door-stopper springs, since they’re easier to use.