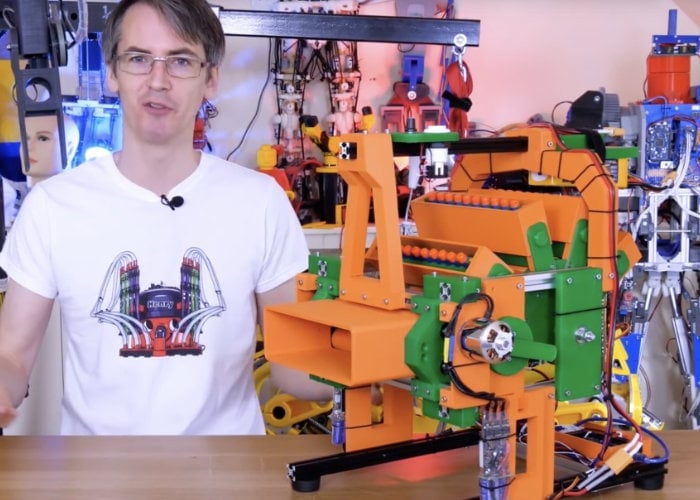 If you need inspiration for your next Arduino project this rapid-fire Nerf sentry gun might be worth more investigation built by maker and 3D printing master, James Bruton. The Arduino powered Nerf blaster is capable of firing 10 dance at once and uses two BLDC-powered rollers to accelerate cartridges of 10 darts each. Check out the video below to learn more about the clever build which holds five magazines for a total of 50 darts.

“I love Nerf Blasters, but I thought it would be more fun if they fired more than one Nerf dart at a time – at least ten! so I thought I’d have a go at building a custom multi-shot Nerf Blaster with 3D printing and Arduino. It looks like it’ll take a lot of compressed air to fire all the darts at once, so I build electric rollers to push the Nerf darts out. There are five lots of ten darts that get shoved through the rollers with servos, and a mechanical mechanism to bring each drawer of Nerfs around in order.”