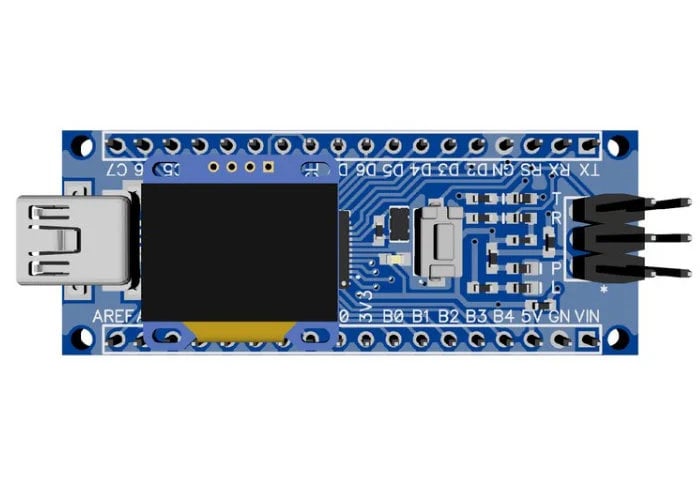 Developers, makers and electronic enthusiasts may be interested to know that the previously unveiled 644/1284 Narrow ATmega 644 and 1284-based boards by Pandauino, is now available to purchase via Crowd Supply and is priced from $29. The 644 Narrow and 1284 Narrow have been specifically designed to provide users with small form factor, simple to use ATmega644/1824-based boards, to improve your small footprint Arduino projects. 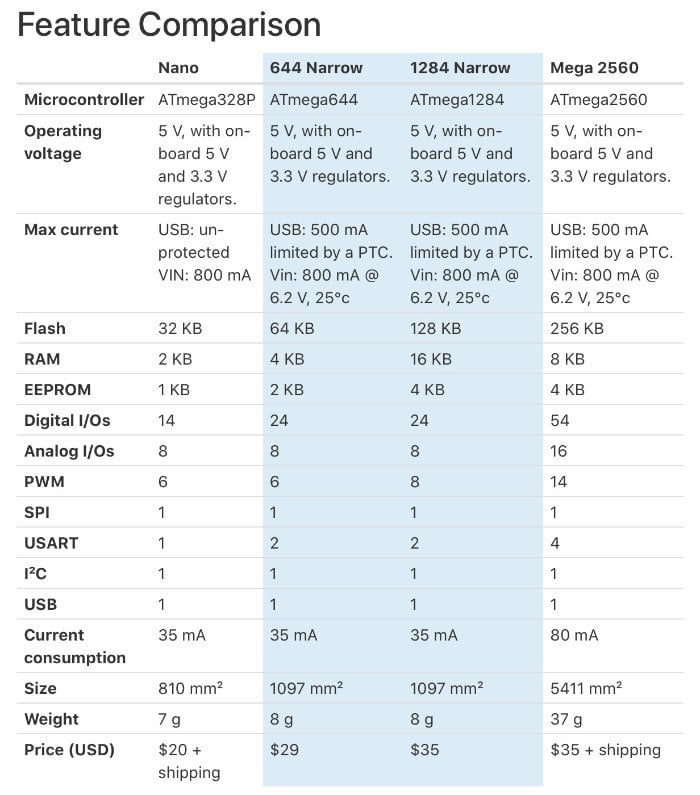 The Narrow board gives you two to eight times more flash and RAM resources and ten more digital I/O as compared to an Uno or Nano Arduino micro controllers, plus total compatibility. Its creators explain a little more : “Many microcontroller-based projects need to have the smallest possible footprint and a lot of resources. Up until now, the Arduino Nano has certainly been popular for its price/performance value and small footprint. Other boards are also available but they can be too expensive if they incorporate unnecessary features such as Wi-Fi.”

“The 644 and 1284 Narrow boards both feature a large amount of effective Flash and RAM. “Effective” because the code generated on 8-bit MCUs is much smaller than on 32-bit MCUs. Hence, you can load a bigger program on a 128k 8-bit MCU than on a 256k 32-bit MCU! ATmega644/1284 also have EEPROM that adds to their total storage capabilities. Cortex processors can emulate EEPROM, but this further consumes flash (in whole pages) and wears out the memory.”