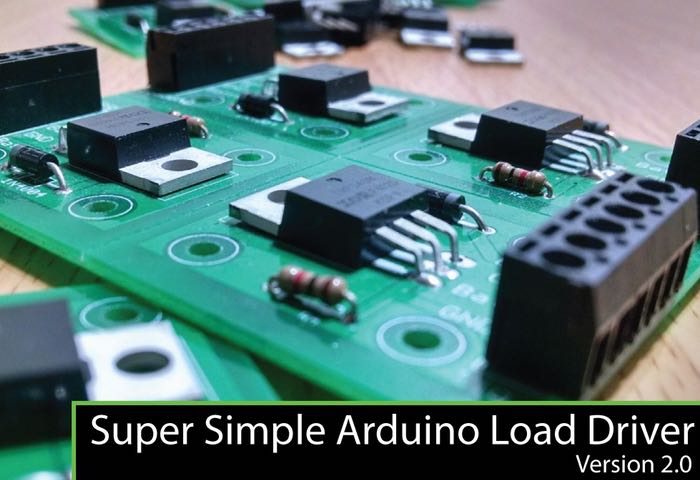 Zach Houser has this week launched a new version of his Arduino Load Driver which provides a super simple way of controlling the loads with your Arduino development board.

The version 2.0 of the Arduino Load Driver enables you to use 5V to control up to 100V allowing you to supply power to a wide range of different peripherals including motors, solenoids or anything else your project may require.

Watch the video below to learn more about how the latest Arduino Load Driver board can help you develop your project and take it to the next level.

This is version 2.0 of the previously successful kickstarter project I launched last year.  I have a ton of these PCB boards left over and it got me thinking.  Why not find a P channel MOSFET with the same pinout and use it to control the direction of the motor also.  I looked around and found the IRF5210.  I ordered up a batch and tested them out.  All thats left to do now is order a large quantity for the price break and assemble the rest of the boards.

For more information on the Arduino Load Driver board jump over to the Kickstarter crowdfunding website where it is available to back with pledges starting from as little as $5. If you found this project interesting why not build your very own Arduino wind speed meter or anemometer to record the wind speed in your area.