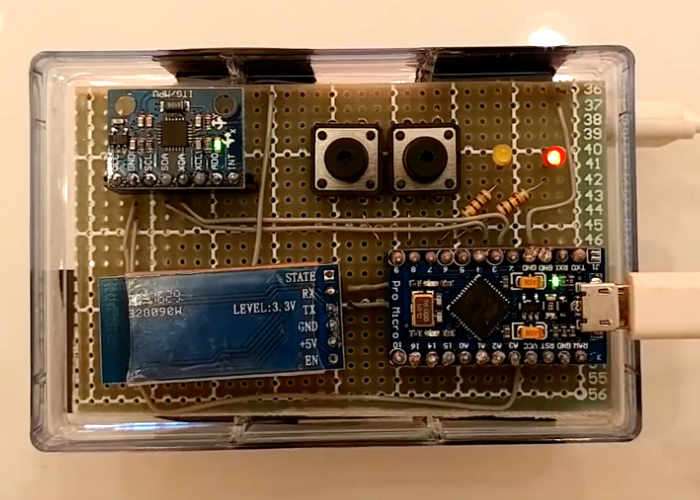 Engineering student Federico Terzi has created a new input device aptly named the Gesture Keyboard which as the name suggests converts gestures into keystrokes thanks to a little Arduino programming.

Created using an Arduino Pro Micro an MPU-6050 accelerometer, and an HC-06 Bluetooth module for sending signals to his laptop, together with a Python library using Scikit-learn’s SVM (Support Vector Machine) algorithm the system captures motion and transforms them into characters that appear on screen.

Watch the demonstration video below to learn more about the Arduino Gesture Keyboard which is now available to download via Terzi’s GitHub page following the link below.

The Gesture Keyboard is a device that translates gestures into letters. It’s made by an Arduino Pro Micro, an HC-06 module for bluetooth comunication and a MPU-6050 accelerometer. It sends the data to a computer that, with a Machine Learning algorithm, translates the motion readings into characters. The library itself is written in Python and uses the Scikit-learn library for the SVM algorithm.