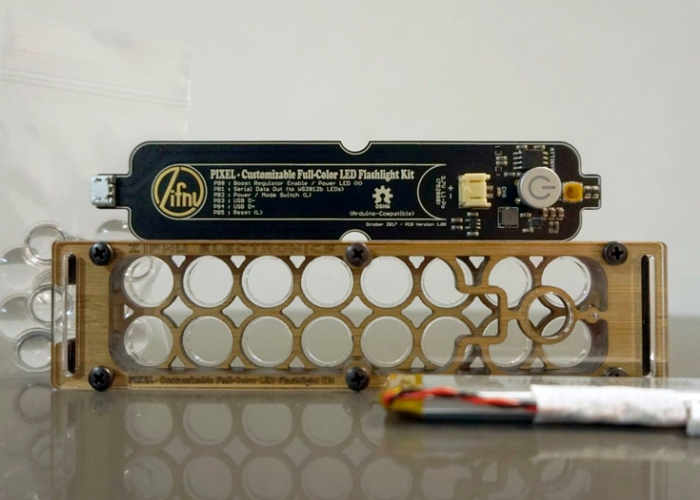 Arduino enthusiasts or those looking to learn more about electronics and programming may be interested in and awesome new electronics kit that allows you to create a full colour LED flashlight which is Arduino compatible. The PIXEL Has been created by Zifnu Electronics and launched via Kickstarter this week with PCBs available from $35 or full kits available from $55 with shipping expected to take place during June 2018

Features and specifications of the Arduino LED Torch Kit include: