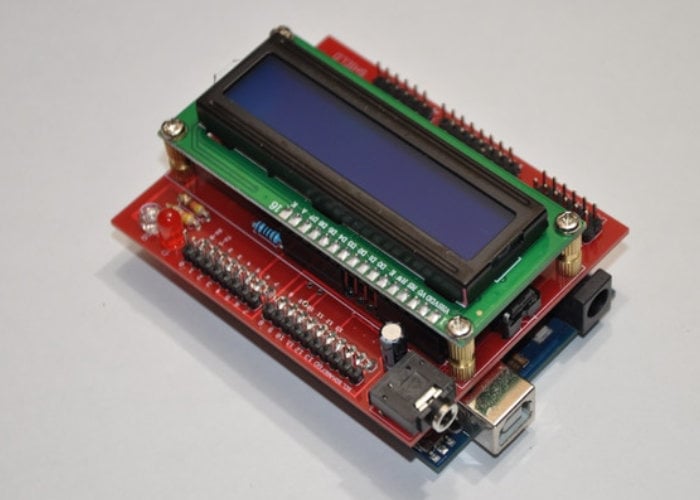 Hardware designer and serial Kickstarter entrepreneur Patrick Thomas Mitchell has taken to Kickstarter for the 30th time to launch his new Arduino E-Z COMMS Shield which is equipped with air and integrated LCD two indicator LEDs, and 256 audio words, enabling you to easily add speech to your next Arduino project. Watch the demonstration video below to learn more about the Arduino UNO based shield which is now available to back via Kickstarter priced at C$23 or roughly £14.

If all goes well and the campaign raises its required pledge goal backers can expect to start receiving their shield kits during February 2019. Patrick explains a little more about the inspiration behind his latest Arduino hardware creation. “After my last campaign, I wanted to create a simple and fun project. One that didn’t have too many accessories, and one that was plug-and-play. This shield has a build in LCD with controllable back-light, two on-board indicator LEDs (Green abd red), and an audio output jack function that borrows from my LITTLE BUDDY TALKER Kickstarter campaign. You’ll be able to choose between one of two audio chips that can be talked to easily with code. Make your projects speak!”