Developers, students and tinkerers that enjoy using the Raspberry Pi and Arduino systems might enjoy this new device called Arduberry which has been designed to unite the two together. 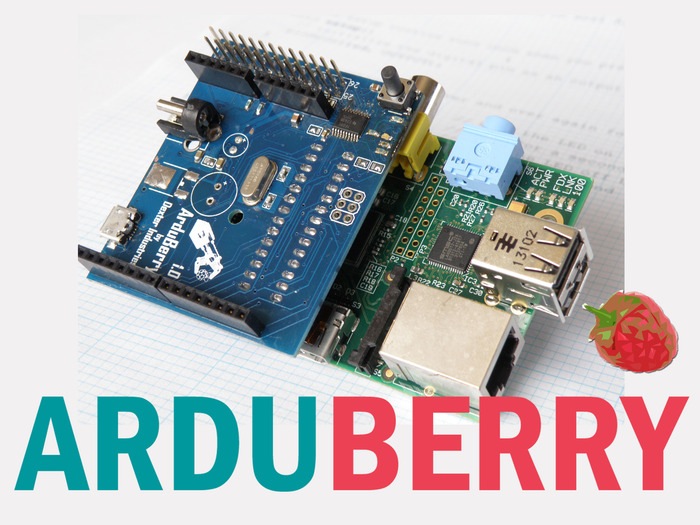 The Arduberry requires virtually no hardware setup: slip it onto the Raspberry Pi and go. It ships ready to work. The Arduberry comes fully assembled, and you won’t need to make any changes to the hardware (no pinning, no batteries, no nothing!).

The Arduberry microcontroller can be programmed to run on it’s own and access Arduino shields. Shields that use digital communications can be accessed directly by the Raspberry Pi, while shields that use digital or analog pins can be controlled by the Arduino. The Arduino chip on the Arduberry can communicate directly with the Raspberry Pi with no extra setup required.”

The Arduberry project is currently over on the Kickstarter crowd funding website looking to raise enough pledges to make the jump from concept to production. So if you think Arduberry is something you could benefit from, visit the Kickstarter website now to make a pledge and help Arduberry become a reality.