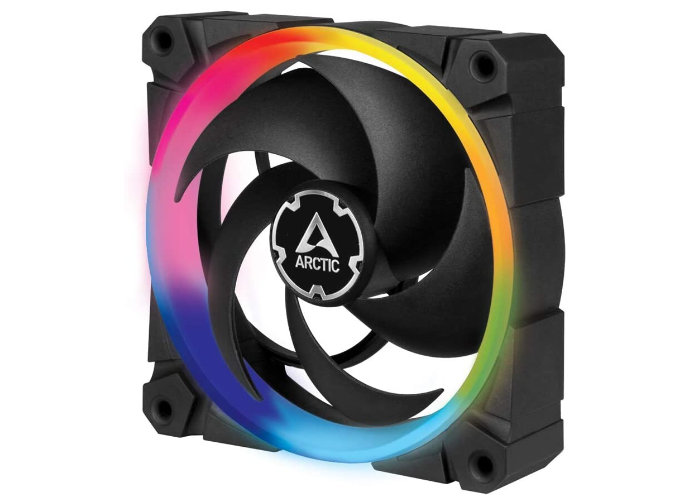 Arctic has this week introduced its new range of PC cooling fans in the form of the BioniX P-series, offering you pressure-optimized, PWM-controlled 120 mm fans complete with 12 addressable RGB LEDs. The BioniX P120 A-RGB is now available individually priced at $24.99 as well as bundles of three complete with controller for $54.99. 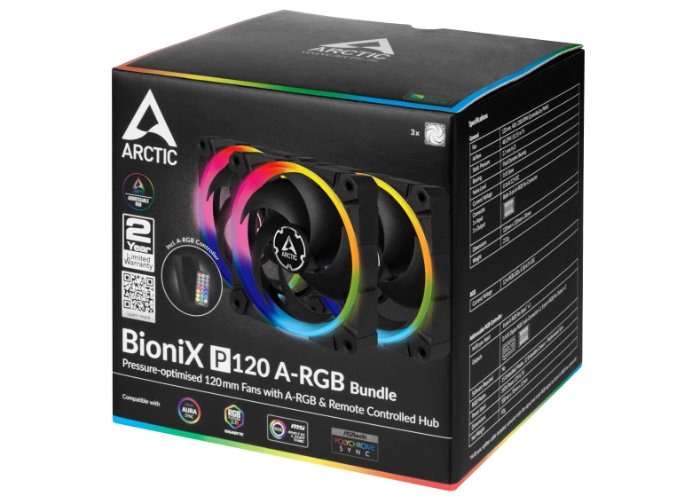 “With many motherboards from common manufacturers, LEDs are controlled directly via an A-RGB connection on the mainboard; alternatively, they can be controlled using an external controller with remote control. With the BioniX P120 A-RGB bundle of three fans, the controller is included in the package.

The new BioniX P120 A-RGB fan is also impressive when it comes to installation and expandability. It is equipped with two 8-pin connectors that serve as input and output to pass on fan and lighting signals. This considerably simplifies the cabling. A connector block is included in the scope of delivery for wireless series connection.”