Archos has officially launched their new Google Android powered Internet tablet, that we mentioned previously on the site, the Archos 5 Internet Tablet. 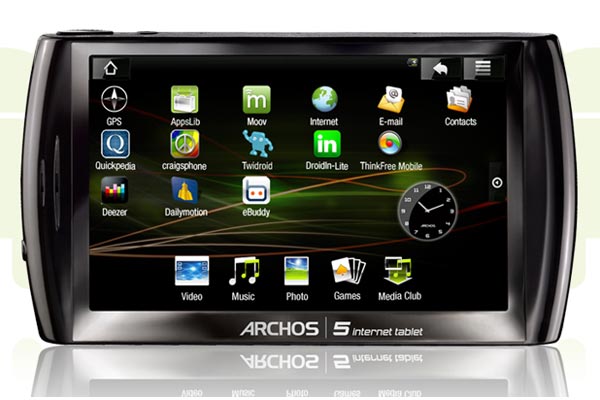 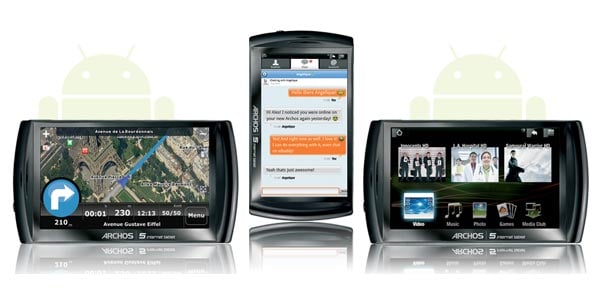 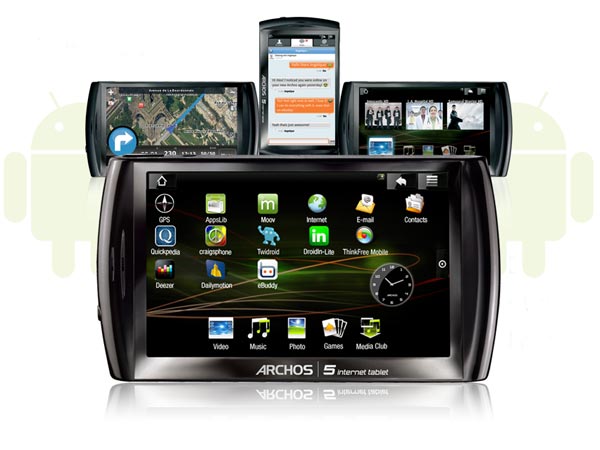 “With the steady growth of mobile Internet adoption, easier ways to access the Internet and digital media, and an increasing need for device customization, ARCHOS brings it all together by integrating GPS, HD and the Android platform,” said Henri Crohas, ARCHOS Chief Executive Officer. “Android offers to the consumer unlimited ways to customize the tablet with thousands of apps, all easily available on the device or through the AppsLib Store.”

It can playback HD video in 720p on your HDTV, with the use of an optional DVR Station dock.