Over the years we have featured some weird and wonderful gadgets and devices here on Geeky Gadgets but this aquarium on wheels definitely has to be up there with the best of them.

Not only is this aquarium on wheels electric car very unique, it has also been designed to enable the fish swimming in the aquarium to be able to guide the vehicle in the direction they might want to travel. I have checked and April 1st has passed so I think this project is actually legitimate. 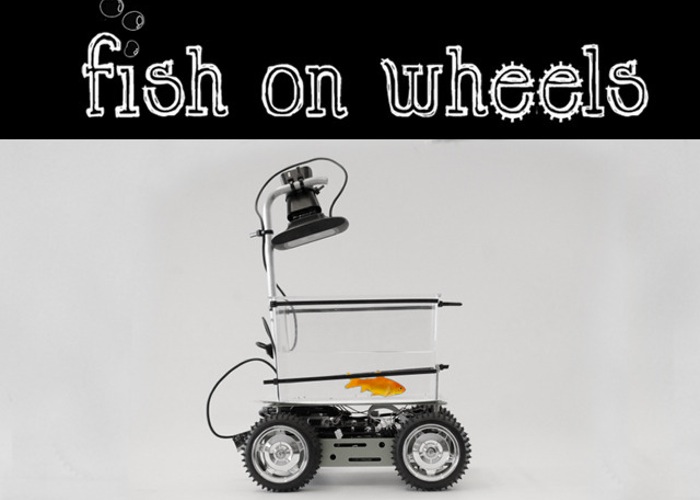 “Fish on Wheels is an aquarium on wheels that enables fish to drive wherever they want to go. Finally some freedom for our aquatic pets that have so far been limited to their fish tanks!

It’s an electric car with a fish tank on top that can be steered by a fish if it swims in a certain direction. We use a camera looking down in the fish tank to detect the fish’s position and then power the motors to steer the car in that direction. You can use Fish on Wheels as a normal aquarium and switch it on at any time to let the fish drive the aquarium around.”

“In February 2014 we decided to build a fish drivable car to demonstrate that computer vision technology can also be used for everyday and fun things. We recorded the movie you can find on YouTube and we were overwhelmed with all the media attention and the more than 1 million hits on YouTube.