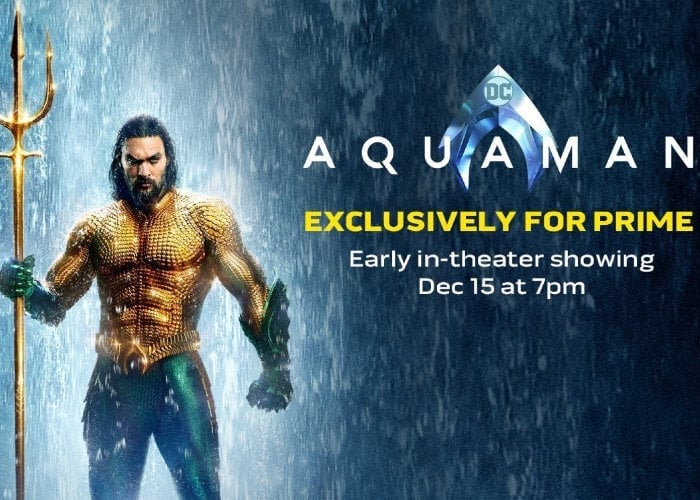 Starting from today Amazon Prime members can purchase tickets for early showings of Aquaman a week before the movie’s nationwide release. The exclusive showings will take place at 7 p.m. local time on December 15, 2018 in over 1,000 movie theaters across the country.

Members can purchase up to 10 tickets and enjoy the movie with their family and friends at one of more than 1,000 theaters across the country including AMC, Regal, National Amusement Theaters and ArcLight Cinemas

“Aquaman is the Super Hero for everyone: he has unique, aquatic superpowers, but he’s also a surface dweller just like us—if we were all as cool as Jason Momoa, that is!” said director James Wan. “Bringing this epic origin story and the wondrous underwater world to the screen has been an amazing experience for the whole cast and crew, and I’m so excited for Prime members to be our first audience for Aquaman.”

For more information on the promotion jump over to the official press release by following the link below.