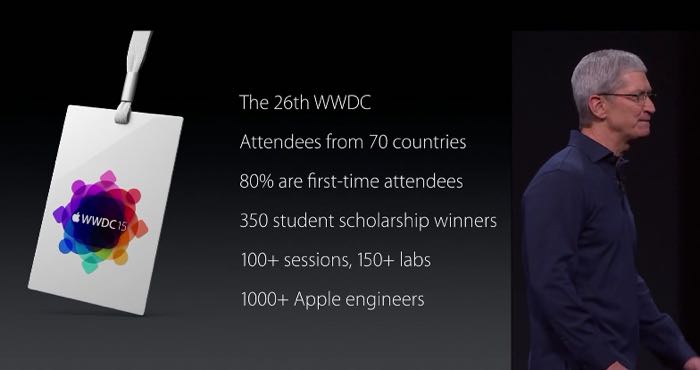 Apple’s WWDC 2015 Keynote has been available to watch on Apple’s website since the event took place last week.

Now Apple has added their WWDC 2015 Keynote to YouTube and you can see the event in the video below.

Apple announced a number of new things at WWDC 2015, which include the new Apple Music, iOS 9 and OS X El Capitan.

Apple Music is launching later this month, a new paid music subscription service similar to Spotify that will cost you $10 a month.

iOS 9 and OS X El Capitan will launch later in the year, although Apple has already released Betas of their new mobile and desktop OS, and iOS 9 is expected to land in September along with the iPhone 6S and iPhone 6S Plus.